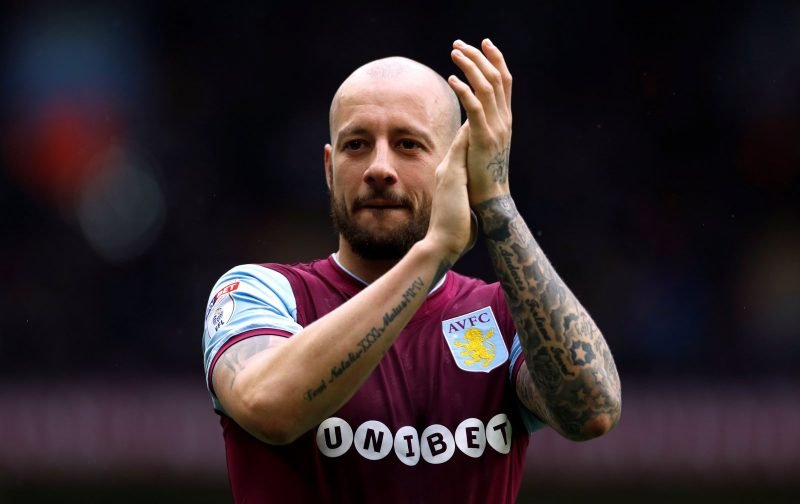 Dean Smith revealed after Aston Villa’s 1-1 draw with Stoke City that Alan Hutton picked up a serious “knee injury” which “doesn’t look good”. The 34-year-old was substituted after just six minutes and replaced by Albert Adomah. Smith is due to speak to his medical experts, but he appears to be fearing the worst.

The Villa manager said to the club’s official website: “It doesn’t look good – it’s a knee injury. I’m not sure on timescales yet but the assessment doesn’t look good. We’ll have to speak with the medical team and see.” Hutton has made 33 appearances in all competitions, missing only two league outings this campaign, but his knee injury could cut his season short.

Saturday’s meeting with Stoke could be his final game in a Claret and Blue too as his contract expires this summer. It would be a sad way to end an eight-year stint at Villa Park, but Hutton would get the send-off he deserves for all his service. Since joining from Tottenham in 2011, the right-back has gone on to make 201 appearances, scoring three goals.

His future has been in doubt all season due to his expiring contract and Villa signing a future replacement in Frederic Guilbert during the winter transfer window, but we wish Hutton all the best in his recovery and hope he’ll return before the campaign comes to a close.