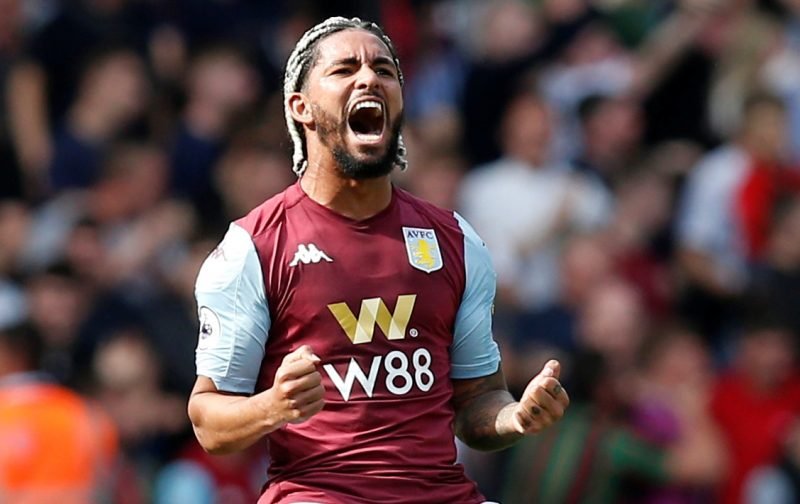 Two individual mistakes, two goals. Welcome back to the Premier League – a brutal and unforgiving place. A carnival atmosphere at Villa Park, hosting its first top-flight game in three years, was dampened inside 45 seconds, and muted entirely 11 minutes later. 2-0 down at home inside 12 minutes. This was not in the script.

Taking stock of today’s game, I can find plenty more positives than negatives from the defeat. Even at 2-0, we were well in the game. Bournemouth created little of note and had simply taken advantage of what was offered to them on a plate.

To concede two goals so early was a hammer blow, but I felt we acquitted ourselves well for the rest of the game and created enough chances to get something out of it. I can only remember Tom Heaton making one or two other saves in the 90 minutes and we dealt comfortably with what Bournemouth had to offer. We will play far worse and win matches this season.

Speaking of Heaton, he is a fine goalkeeper who had a rush of blood to the head (a minute into his home debut in front of our imposing Holte End), racing into a challenge he had no need to make and no chance of winning. The Bournemouth player made the most of it and the inevitable penalty followed.

Bournemouth’s second followed an inexplicable moment of madness by Douglas Luiz, who went on to recover from that particular howler to have an otherwise impressive debut, dominating the midfield for long spells and showing enough to convince me that he will be a major player for us.

Tyrone Mings and Bjorn Engels put in another accomplished display, calm under pressure, mopping up where required and generally looking as if they’d been playing together for years instead of weeks.

The early signs are encouraging, to me at least. They can follow in the footsteps of legends such as Evans/McNaught, McGrath/Teale and Mellberg/Laursen in the great tradition of Aston Villa centre-back pairings. Perhaps they’ll even come to be mentioned in the same breath as Richards and Lescott? I’ll get my coat.

Neil Taylor again put in a good showing – defensively, he is improving all the time, but going forward, he’s a liability and when play doesn’t slow down when the ball reaches him, it breaks down altogether. On the other side, Ahmed Elmohamady looked out-of-sorts. Defensively adequate but MIA on more than one occasion, he was a let-down in forward areas and some of his normally reliable delivery was woeful.

Wesley looked far more comfortable than he did at Tottenham last week, although I think he might take a while longer to truly hit his stride. His hold up play was better today, although some way from being the finished article, and his movement showed greater intelligence and understanding of his team-mates. 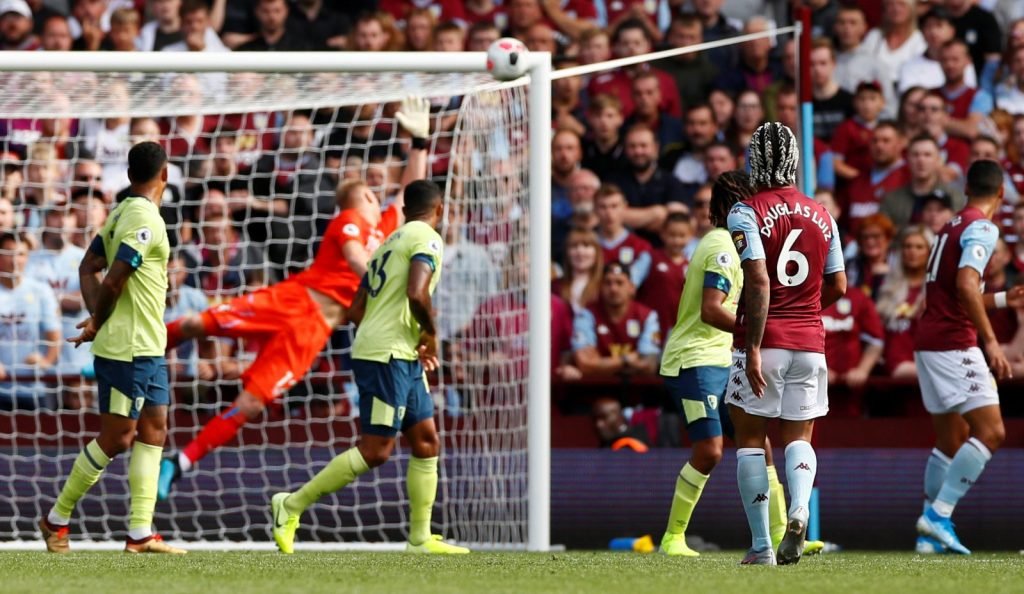 ‘Super’ John McGinn delivered his usual all-action, committed performance and already looks comfortably at home at this level. He received scant protection from Martin Atkinson, who I think we can all agree is not one of the more competent officials on the Premier League roster. His failure to deal appropriately with the persistent fouling of Bournemouth (and Philip Billing in particular, who should have been sent off in the first half) was beyond incompetence. But he was not the reason Villa lost.

Less effective were the rest. Jack Grealish looks short on confidence to me – few and far between are last season’s surging runs into the opposition box – he seems much more eager to pass the ball and let someone else to take responsibility – and he spent large parts of the game sitting too deep to offer any meaningful support to the forwards. He needs to start playing like a number ten, although to be fair, his assist for Douglas Luiz’s goal showed a glimpse of what he has to offer.

Trezeguet had a good game, although I would like to see him take on his full-back far more often. He seemed far happier to cut inside and look to off-load rather than have the confidence to take the player on. He drifted inside on numerous occasions, offering little defensive cover for Elmo, although this had the effect of creating space for McGinn to exploit going forward. I think there is plenty more to come from ‘Trez’.

Anwar El Ghazi was a major disappointment, another whose confidence seems at a low point. In truth, I was never fully convinced of him at Championship level, but he did enough to deserve an opportunity. He has most definitely not been at the races so far this season, and I though Jota offered more in the 15 minutes he was given as Villa chased the game.

The first two fixtures will have given Dean Smith and the coaches plenty of food for thought as they prepare for the visit of Everton heading into the late summer Bank Holiday next Friday night (yeah, thanks Sky).

I’d like to see a couple of changes – Targett for Taylor and Jota for El Ghazi spring immediately to mind. And it would be interesting to know the situation surrounding the lesser-spotted Frederic Guilbert – he looked sharp and lively in pre-season but has failed to make the matchday 18 in the opening two games.

Is he injured? Are there more sinister issues we don’t know about? Or is he just surplus to Deano’s requirements at the moment? While I appreciate the need for experience as we set out on this season’s Premier League journey, I’ve never really been sold on Elmo and from what we have seen of Guilbert so far, I don’t think he would be out of his depth. But in Deano and the coaches we trust, and no doubt Freddie will get his chance when the time is right.

On a different note, something which struck me as we chased the equaliser was the fact that we looked spent with 15 or so minutes to go. On a number of occasions, Villa’s play slowed to walking pace and a couple of our players were ‘blowing’, as they say.

Every time a new coaching setup is installed, we hear cries of “Give them a full pre-season”, or “They need a full pre-season under their belts”. Well, we’ve had that and for me, we still looked some way off the pace and were struggling to match the energy, pressing and commitment displayed by Bournemouth for much of the game.

Hopefully this is simply Villa adjusting to the pace and fitness levels of Premier League football, and within a couple more games, we will be up to speed. But if not, it suggests a more worrying disparity which we will need to address sooner rather than later.

Two games, two defeats. It is by no means time to panic, but Villa must take on board their experiences in these opening exchanges and learn from the costly mistakes which have been made.

Two games – this is the key point. These guys have only been together for a few weeks and have only played twice together. I am not a fan of the ‘G’ word (and in any case, I think they have ‘gelled’ together already) but the focus going forward needs to be improving individual performances, cutting out avoidable mistakes and getting up to Premier League pace.