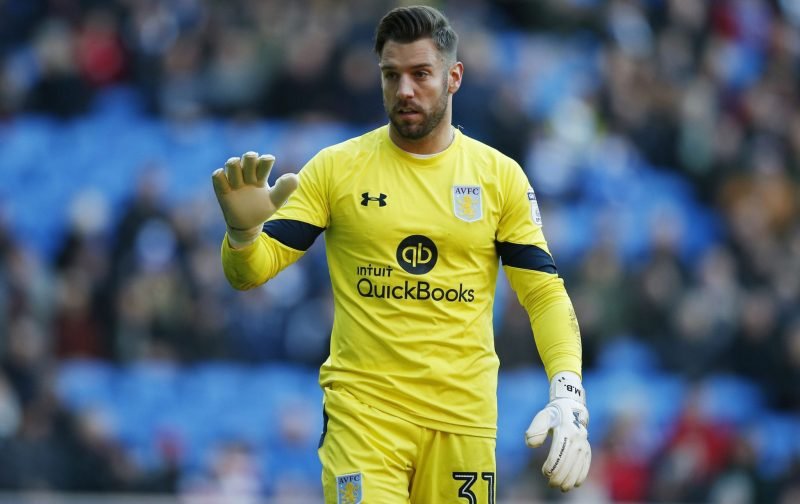 Mark Bunn has an uncertain future at Aston Villa due to his lack of activity this season, and the veteran shot-stopper may have to consider leaving the club in January as Dean Smith is being linked with a move for Tom Heaton.

Orjan Nyland has been first-choice between the sticks since joining Villa from FC Ingolstadt over the summer, but he’s been inconsistent in his debut season and could be replaced by a more experienced goalkeeper next month.

If Heaton is going to be brought in, Nyland will likely play back up to the English international, meaning Bunn falls further down the pecking order. Jed Steer will return from his loan spell with Charlton next summer, and with Andre Moreira also in the first-team squad, it’s hard to see how the 34-year-old will get a game under Smith.

Bunn was an outcast under Steve Bruce but did at least play against Preston North End on October 2 before the Villa manager was sacked. He’s been an unused substitute in the Championship ever since.

The Englishman had made just 21 appearances in all competitions since his 2015-move from Norwich City and is out of contract next summer. There’s little chance he’s given a contract extension, and as Heaton’s January arrival would likely see him out of the matchday squad, should Bunn seek an early exit?