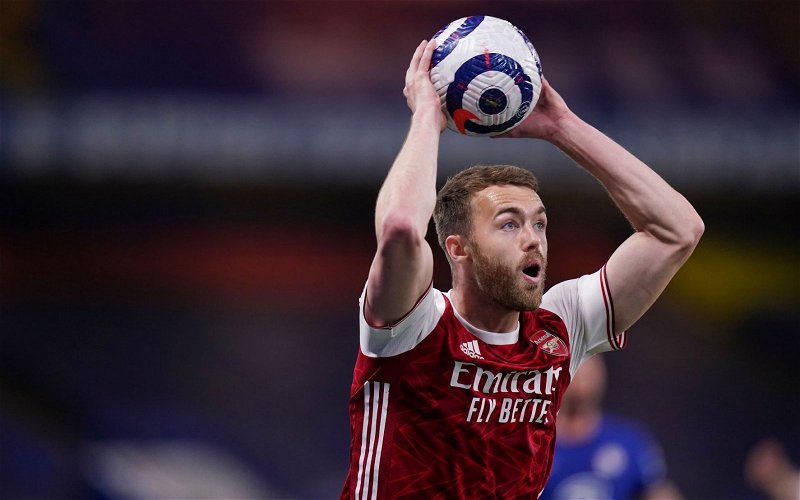 With Manchester United cancelling Axel Tuanzebe’s loan spell with us, it didn’t take a great educated guess to know we’d be in the market for defensive cover, but few would’ve thought we’d have had Arsenal’s pants down again and snapped up Calum Chambers on a free transfer.

The now 27-year-old versatile defender joined Arsenal for a whopping £16million from Southampton back in the summer of 2014 and despite his masses of early promise, he largely struggled under Arsene Wenger’s inability to organise a defence and despite his early England involvement, he comes to us with only 165 starting appearances to his name, with a further 41 showings from the bench.

He’s been woefully underused at Arsenal, and with a three and a half year deal agreed, he’ll prove to be an absolute snip if we can get him anywhere near back to his best.

The player himself is understandably delighted with the move, telling the Official Site.

“It’s a massive club and they’re in a great moment at this moment in time. It’s a very exciting place to be and everyone can see that from the outside. Things are happening here and it’s definitely moving in the right direction. For me, it was a no-brainer to join a great club. It was the right thing for me to do.”

A message from the new man…🤳 pic.twitter.com/Xi8tldwmEP

Whilst some fans are naturally reticent given his game time, I wouldn’t have thought we’d see much of him for the remainder of this campaign as we get him settle in, but if he can kick on now and take advantage of his peak years with us, I can only see this one being win, win.

It seems some fans think he’s now our answer to defensive midfield.

Player of the season at cdm for fulham

3-and-a-half year contract! 👍 That's the 4 CB's Gerrard wanted+the fact he can cover Cash as well as Konsa is ideal, especially with KKH getting a knock. 27-years-old, lots of Premier League experience+kept under wraps by Villa, i saw no leaks about this which is great!! 🦁 UTV

Great to have you Calum it will be good for you to be at a club where you can be better appreciated.
I am sure you will be a great asset, achieve more, and be part of a team & fans who will respect you. 👏👏👏👏