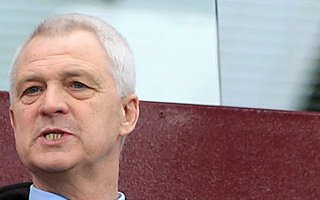 Throughout his distinguished playing career for Aston Villa Football Club and managerial career throughout the top four flights of English football, Brian Little has been accustomed to inundated success and at Sutton Town Football Club ground on 23rd October he continued that trend.

Little’s latest outing in the dug-out, since stepping-down as Jersey manager in June, took charge of a squad chosen by Aston Villa’s 1982 European Cup winner Peter Withe, that included several ex-professional footballers Little gave debuts to whilst he was Villa manager and Hollywood actor David Bradley (star of the Harry Potter Franchise and Game of Thrones phenomenon) to help raise awareness and funding for The British Heart Foundation.

Accustomed to any opposition, Little’s side took on a team of celebrities, showcased by appearances from The Apprentice Star and fellow Villa Gary Poulton and Britain’s Got Talent Star Paul Manners and employees of Network Rail on wintry afternoon in the West Midlands.

To date Brian Little, an adviser to the Aston Villa board, remains the last manager of the club to line the prestigious trophy cabinet with silverware after winning the League Cup on 24th March 1996, beating Leeds United 3-0 at Wembley Stadium (in the same season where he guided Villa to 4th in Premier League and the accompanying glories of European football). Twenty years later his team, that included Lee Hendrie and Darren Byfield and a famous spectator in his own right, Tony Daley, survived a late spirited comeback to win 4-3.

‘Well, I have enjoyed it, everyone has come off the pitch with a smile on their face, which is good. Its been good. When you see games of football, you often think you wish you could play, just a few years to old these days. Its always great to see people, its always nice for me, Tony Dailey one of my lads from many years ago, Darren Byfield and Lee Hendrie, played for me at Villa, whom I both have debuts to.

It’s great to see the lads, great to see people, whom I have known for many years. Everyone tries to help out on days like this, its been a good day and I have enjoyed it’.

Since making his debut over 45 years ago, in Villa’s one and only season in the old English third division, a 4-1 victory at Villa Park on 30th October 1971, the footballing industry that experienced a significant change to today become a multi-billion business, but Little’s approach, as both a player and a manager has never changed.


Little playing for AVFC. The fans will still tell you he walked on water

‘Its good just to have a good bit of banter with the players. In fairness, it doesn’t matter what sort of game it, the lads who played wanted to win it and have enjoyed it. I’m pleased it was close, at one stage, it looked like it could have been a run-away, but I`m glad they (Network Rail 11) clawed their way back. They had a lot of younger players in their team, whom I think were a little bit fitter, as the game went on.

I haven’t heard anyone moaning in there, so I think that’s been the key and the fact people have come out and enjoyed the game of football and are able to go home with a smile on their face’.

When the appointment of Steve Bruce was announced as new Aston Villa manager on 12th October his connection to fierce second city rivals Birmingham City (after tenure as manager between 2001 – 2007) raised several eyebrows within the agendas’ of the claret and blue faithful. On local and social media the decision was debated and scrutinised to if it was the most advantageous decision for the club who, until last season, remained as one of the founding members of the English Premier League since its inception.

There was never any doubt in the mind of one of household names of the club regarding the appointment and the CV that accompanied the successfully change of the baton from Roberto Di Matteo’s hands.

‘I really don’t know why anyone would disagree with Steve coming in, he probably has the best record of current managers in England and in Britain of certainly getting out teams of the Championship. I don’t think anyone has certainly complained, I think anyone who is complaining is doing so for the sake of being a voice. Lets face it in the three game Steve been in charge of (seven points from a possible nine) he has certainly more than answered those undue questions.

He is a terrific manager and knows the league inside out (promoted with both Hull and Birmingham City) and its a great appointment for us (Villa) at this stage in what has been a difficult season. I don’t think as time goes by, there will be any complaints and Steve certainly won’t worry about it and I certainly don’t worry either, Anyone who is connected to the club, knows they have appointed of a manager who has a great pedigree and are delighted to have him’.

Promotion, primarily through the automatic promotion or secondly the play-offs, will be Aston Villa’s aim this season, but building together a new team will also be as pivotal. Only four of the squad, not including players sent-out on loan from the 2015/16 season, started against Birmingham City in the 1-1 draw at St Andrews on the dawn before Halloween, Hutton, Amavi, Westwood and Ayew. Building morale within the dressing room and on the training pitch will be an instrumental component to fulfil a return to the Premier League at the first attempt. A thought replicated by Little.

‘Look, we will take it as it comes, you don’t hype that sort of pressure on anyone, the most important thing is he steadies the ship and takes it forward and we certainly would still believe and we are capable of going up this season. We would hope that would be the case and I’m quite sure he has the support of the fans and the people outside the club.’

After Randy Lerner departure of owner of the club in May, Dr Tony Xia, in the few months he has been in charge, has undertaken a restructuring of the club in pursuit of Premier League football and European football that was once a week-night spectacle under the lights of Villa Park; the 2-1 win over Dutch footballing pioneers Ajax remains as a particular highlight for the claret and blue supporters.

‘We have great owner who wants to do well and has the backing of everyone. I’ve met Randy on a few occasions and he is really nice fella and I said that before and I will not change my mind on that, but he wanted to sell the club and we have someone who is determined to try and do well, who I wish every success’.

With the club experiencing an upheaval in both results on the pitch and moral off over it over the last few weeks since the appointment of Bruce the club and Brian remain optimist of bringing the good times back to Villa Park in the foreseeable future.

With 93 points to play for before the end of the Championship season and the club only six points off the play-offs and 13 off automatic promotion respectively, anyone associated with football in the Championship, knows a season can produce anything from the imagination it wishes to become a reality. 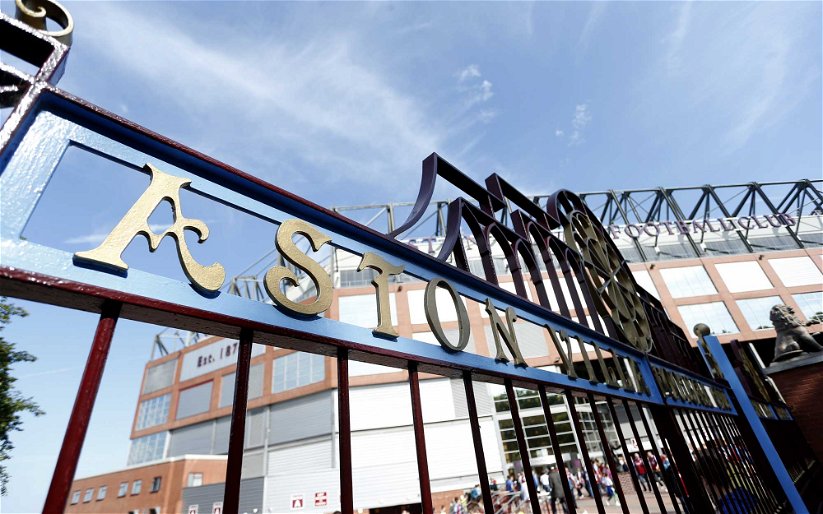 Something For The Weekend (616)

Something For The Weekend (615)

Something For The Weekend (614)