Explained: How Andre Green is getting on at Portsmouth 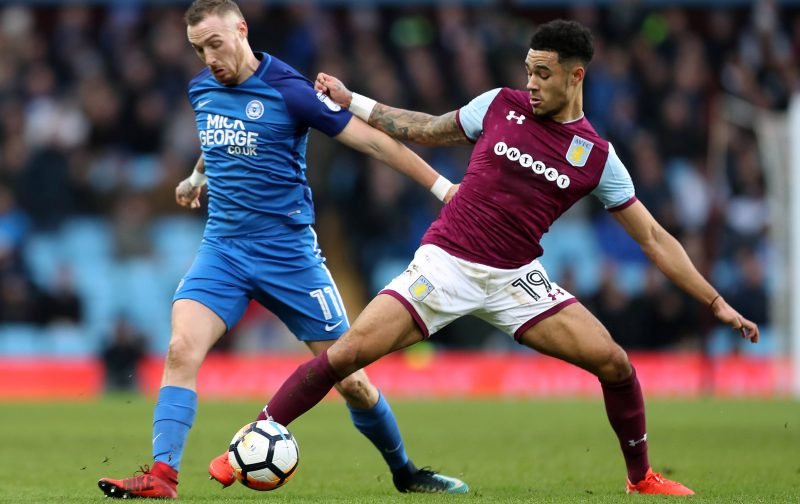 Andre Green made his first appearance in three weeks for Portsmouth against Rochdale in the FA Cup on Sunday, bagging himself the winning goal for good measure. The 20-year-old was introduced by Kenny Jackett in the 76th minute and broke the deadlock in emphatic fashion with only minutes remaining.

It was only his fourth appearance for Pompey, having suffered a serious knee injury back in mid-September. Green underwent surgery on removing a cyst and made his return outing in November against Tottenham u23s in the EFL Trophy.

The England u20 international had only made the League One matchday squad once in the weeks that followed but impressed when given a chance against Dale. Jackett was full of praise for his contribution but stressed that first-team football would be hard to come by.

He said to Portsmouth’s official website: “I was pleased with Andre and being able to work him back into the side now is something he has to do after his knee injury. It’s quite an established side. But he is a player I know from my time back in the midlands and he does have fantastic potential.”

Green joined the League One outfit due to being frozen out of the first-team during the second-half of last season, but he may struggle for minutes under Jackett too. The winger is behind the likes of Jamal Lowe and Ronan Curtis in the pecking order, while David Wheeler and Gareth Evans have had stints at right-midfield too.

He may have to be patient for his opportunity, but he’s made a big statement to Jackett with his cup contribution.