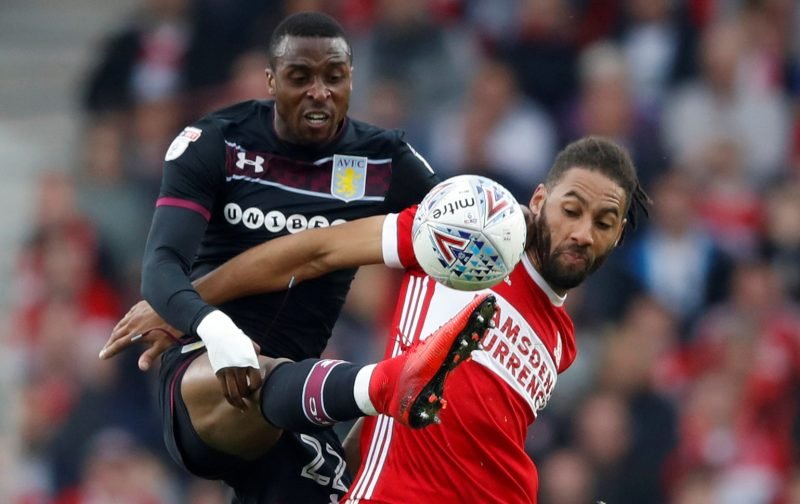 Jonathan Kodjia was given a rare start for Aston Villa in Saturday’s 1-1 draw with Stoke City, playing a full 90 minutes for the first time since early-November. The 29-year-old has been in and out of the side for months under Dean Smith despite Villa scoring one or less goals in four of their last five Championship games, but Kodjia’s worrying statistics might be why he isn’t commanding a starting place on a regular basis.

The former Bristol City forward has scored and created a credible eight goals in 19 Championship starts this season. However, he hasn’t found the back of the net or made an assist in 2019. Kodjia has failed to register a shot in five of his last seven appearances and has created just one chance in five games – his last shot on target was against Stoke on December 15. He barely sees the ball currently either, averaging less than nine passes-per-appearance since the turn of the year.

Kodjia isn’t delivering the goods when he starts a game or when he’s introduced from the bench, so Smith’s treatment of his is understandable. However, considering the likes of Anwar El Ghazi and Albert Adomah have equally struggled for form this season, it’s fair for supporters to question why Smith trusts them more than the Ivorian international.

Unfortunately, Kodjia didn’t do himself any favours against Stoke on Saturday – failing to register a shot, create a chance or complete a successful dribble while making five unsupported touches and being dispossessed five times too – so it wouldn’t be a surprise if he was dropped against Derby on March 2.