Fear Conquers All – Part 2. VFC Formed And My 1st Radio Interview Whilst Being Distracted By Young Couples Copping Off 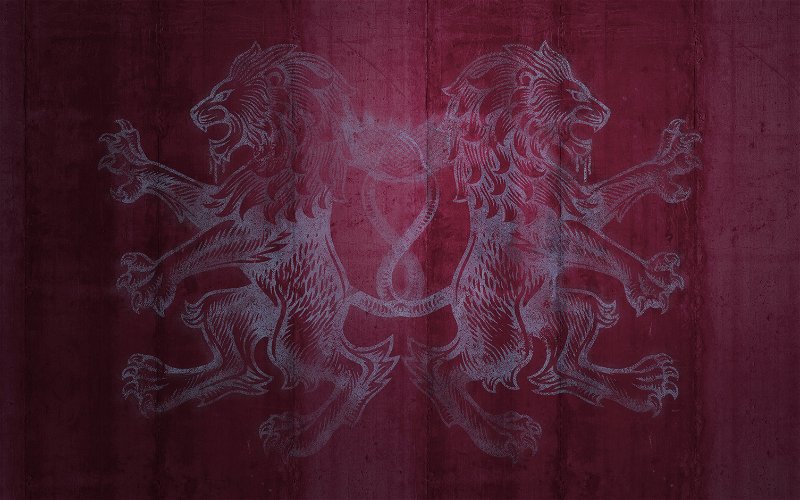 A bit of political wrangling ensued; a few were keen, a few others were possibly less enthusiastic and it all went quiet. I nearly left it there, but decided to send just one email to see if anyone still had the desire. Buck contacted me separately thanking me as he said he was waiting for someone to try to take the bull by the horns. At this point a few decided to pull out. Not with any malice; I just think they decided against it. Others were totally behind the idea to push for change and so we started to look at moving forward. This was a major thing for me – it took far more time and effort than I had realised, not to mention the politics and arguments.

At times, it was a right pain if I’m honest. I tend to take something on then take it all on my shoulders and want it to be totally right. I was worrying that ‘I’ wasn’t bringing about a change, which is ridiculous; we were set up to agitate for change, not to be the saviours.

There was also some pettiness and back biting, I learned quickly that I had to have a thick skin, especially online. The flipside to the nastiness and hassles was making many great friends throughout this era, including becoming re-acquainted with my old friend from Arthur Terry School, Nigel Ashford. I also built a fabulous list of press contacts, who have stuck with me ever since when they’ve needed a comment on Aston Villa. To end up on the back page of a tabloid and even have my own article published in The Express wasn’t bad for someone coming from this very strange background. I even started writing a regular blog for the Sunday Mercury. Then learned quickly how to do live and recorded TV and radio interviews. I was losing the shell!

My first interview was for BRMB radio’s football show. They had a Friday night phone-in for all things football, with the now legendary Tom Ross hosting it. He rang me and asked if I would come on and explain what VFC was all about, and why it had been formed. I agreed.

Then more time to worry that I’d blank out, get confused or mess up. Doing interviews on TV or radio are second nature now, but they weren’t back then and as I said, there was always the challenge of not letting my brain aches get in the way of my ability to speak. Blanking out and not being able to say anything would not make for good radio.

At the allotted time, I took the call and started the interview. I was outside a McDonald’s in Redditch (I knew how to live it up on Friday evenings back in the day you know). So there was I, talking to Tom about Doug Ellis and Aston Villa. To the right of me, a young couple were copping off, so I looked straight ahead so as not to be distracted. Lo and behold, there was another couple in their car, necking. I had to stop myself laughing. I know what I’d rather have been doing on that Friday night and no offence to Aston Villa, VFC or Tom Ross, it wasn’t that interview.

Tom was always very fair with us though; he (along with Radio WM) would always ring and get our views. They didn’t have to do that and I appreciated how balanced they always tried to be. I started to appear on things like this a lot and some people started asking why I was ringing in so many places. I explained, with no arrogance intended, that I wasn’t ringing in, they were ringing and booking slots to interview me. When I say ‘me’, I mean ‘me’ on behalf of VFC. There were other key members in the group.

We officially launched our campaign on 24th May 2003 at the Aston Villa Leisure Centre. A public meeting was held and yes, more time for me to worry. I was going from a recluse to a guy who was going to stand up on stage at the centre and talk to 600-700 people. All that without making a fool of myself, forgetting what I was going to say or blanking out. Another parachute jump.

Supporters of Villa Fans Combined met at the Aston Villa Leisure Centre on May 24th. A gathering of over 600 people met to hear the speakers and answer questions on the aims of VFC and the strategy to be employed by VFC in order to achieve those aims.

They say in life you should stand up and be counted. Well, I did. I also managed to do this after having had a brain tap. I went against doctor’s orders and was very shaky. Just before entering, I met another hero of mine – Dennis Mortimer. THE captain of THE team who lifted THE cup. One of the first players I’d ever seen playing at Villa Park. Now this great man was talking to me. Then I had to do my first live TV interview, not really knowing where you are meant to look and also just totally bricking it that I’d stumble, talking-wise. Luckily I didn’t.

I had told Carl Chinn MBE about the brain tap and that if I went woozy or blanked out, to just take over from me. I’d written my speech nice and clearly and he could explain to those listening what was going on, but if nothing occurs, no need to say anything.

Nah. Carl, very kindly, was having none of that. His introduction for me went something like this (and you need to say this in your very best Birmingham accent):

‘Next up to talk is Jonathan Fear, who has helped organise this event. He was told by the doctors he shouldn’t be here today (remember you are reading this in Brummie and very passionate Brummie at that!), but he’s come because he loves the Villa, we all love the Villa and he’s passionate about helping us rid this club of Doug Ellis.’

So it went on, until he passed the microphone to me and before I could say a word, I got a standing ovation.

What do you do when you get a standing ovation? It’s not so bad if you’ve just done a rock concert, or you are getting an award. But I’d not said anything yet. I was getting a standing ovation for turning up ill. Actually, I am being a bit unfair on myself there. It did take guts to turn up but even still, I didn’t quite know where to put myself, so I looked down, away from the full view of the hall and crowd, towards the front row. That was a bad move. Dennis Mortimer, at the front of the crowd, was also standing up, clapping.

Nooooo! He’s THE captain of THE team who lifted THE cup… he shouldn’t be clapping me!

In life you have to take the moments. That sure was a moment.

The speech went fine – another major hurdle of mine smashed and a little bit more confidence returned.

So there was I, this anonymous fella, one who’d been forced into becoming somewhat of a loner and certainly a shell of who I’d once been. Now I was making speeches to hundreds of people! It felt strange that not only did some people want to hear what I had to say; they were actually respecting what I had to say.

Another amazing thing happened as well, just another little moment that helped in my re-building. At the end of the meeting, we opened the floor to questions. I heard from the side, ‘I am not sure if Jonathan remembers me, I went to school with him.’ Now I was still fuzzy from the brain tap, but looking over, I saw a familiar face. He continued: ‘I’ve driven up from London today for this meeting, because when I heard Jonathan was involved, I knew it would be important.’ It was my old school mate Nigel.

How big a compliment is that? This was 2003. I’d not seen him since we left school in 1985. A lovely moment and one that I’ll never forget. I also met a couple of other cheeky chappies. The Carson brothers, Robert and David. I was utterly exhausted at this stage, but we exchanged details. Again, little did I know that this meet up would bring about a new career.

The momentum behind the protests grew rapidly. I had started doing the press releases and discovered that the press love things if you hand it to them ready done. So we got a lot of coverage. We held a second public rally, where Howard Hodgson launched a report he’d done on the state of Aston Villa.

Howard is another, much like Carl and Buck Chinn, who also played a big part (I think without realising) in me getting my confidence back and finding my level. Howard is a very successful businessman and author. You may have heard of the American hit TV show Six Feet Under? That came from the pen of HH. We got on like a house on fire from the start and I always enjoy when our paths cross still. After this particular public meeting, he spoke to my parents about his admiration for me. They were only too happy to relay that back to me. I was full of self-doubt at the time and I just felt like I was just getting by. I would concentrate more on not falling over or passing out, forgetting my words or blanking than thinking what sort of impression I was leaving.