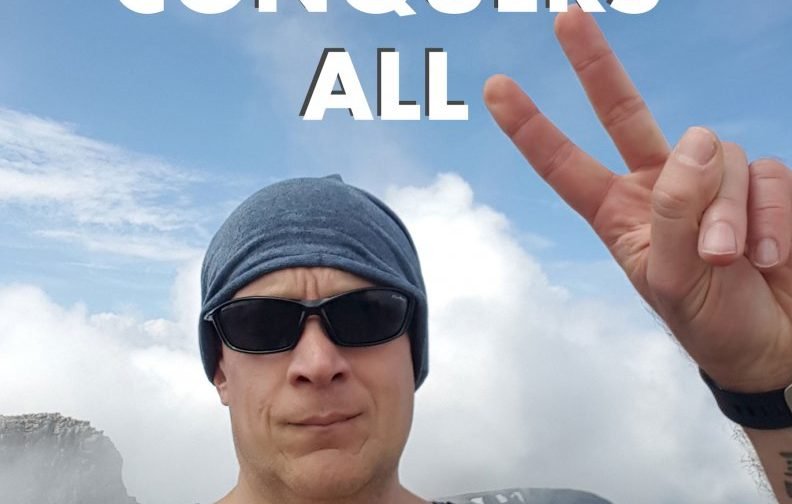 In 2019 I released a book, Fear Conquers All, about my life, my struggles with brain aches and operations (14 so far!) and how to face setbacks full-on and fight back. It has gone down so well, you can see from the 28 five star reviews!

The Villa part begins in Chapter 16, following numerous operations, a near loss of life, a total conspiracy to cover up the fact I had never been put on the hospital waiting list and all sorts of other fascinating occurrences. This is the part of the life story where I find myself devoid of things to do, devoid of health, and wondering what was next so……….

I bought a computer

I was now living in my new home in Redditch and one day sat down and thought, ‘What now?’ I’d changed my life radically, moved to an area where no one knew me and it all felt like a total new beginning.

So? I bought myself a computer.

Now that might sound a bit ‘meh’, especially as these days, everyone has a computer. Back then though, not everyone had a computer and they certainly weren’t cheap to buy. Remember, I wasn’t working either, so a financial commitment of this kind was a huge decision.

It’s probably the single most life-enriching decision I’ve ever made and probably ever will. I worried that spending over £1,000 might have ended up a waste; I mean, what was I going to do with a computer? I thought it might become a glorified word processor and that would have been no good because I had no one to write to.

Little did I know it would open up an entire new world to me, and a totally different life.

Exciting innit?! See, I did tell you the positives would start.

I started playing computer games, which helped fill my time. The most enjoyable times were games with my nephew. We’d play Harry Potter and a downhill skiing game. However, I soon started to explore the computer more because I am not that big a gamer, and there were only so many Colin McRae rally games I could take.

Yes, it would allow me to type letters as I’d thought, although I’d not really got any need to type many letters and I’d not had the idea of writing a book at that stage. However, I also started to explore the Internet.

One day at Villa Park, things changed and a key moment followed.

I was sitting in the newly re-built Trinity Road Stand. I was re-seated in the new stand and so had to get to know new people around me. I didn’t really have friends back then, so I used to go to the football on my own.

You can tell what a state I was in friend-wise by a very simple story. I’d basically become cut off and I wasn’t sure if I could go through the trouble of finding new friends. My new neighbour was also a Villa fan and was going to the same match, so he knocked on my door and asked if I wanted to go with him and his mate. It was a simple question, but I hadn’t got a simple answer. I was somewhat staggered – it really threw me. I asked if I could have a think and let him know. Rob looked rather bemused. I did end up going with them but wow, no spontaneity or social skills at all. I was just so used to doing things on my own, I wasn’t sure what to do when offered company. Quite sad really but hey, I got over it.

Get on with it Fear! What was the next key moment, for goodness sake?!

At the time, a guy called Ian and his young son Alex sat by me. Ian gave me his business card and said, ‘You seem clued in with what’s going on. If you ever hear anything, can you email me a bit of news?’

Right there was the early seed of what was to become my living.

I used to send him news and then a few others found out and asked for the same. It became a news-sheet I called The Villa Times. All these years later, I still occasionally do them, directly on my website now rather than by email, but with the same heading:

I’m known for my puns. Corny, but funny. Or so unfunny that they are actually funny?

I looked up Villa websites online and the first one I was to stumble on was holteenders.com, a site run by a guy called Mike Field. This was on a network owned by the daddy of independent football sites at the time, Rivals.net. I joined as a member and started posting my news sheet in the forum, which led to Mike asking me to write for him on the front page. We got on well and I developed my writing, doing more articles, match reports and the odd rant as well.

We both talked often about the limitations of Rivals. That led to us setting up an independent site and I started to write with more freedom. I realised I wasn’t half bad and the articles were getting some positive reactions. I was also, without realising it, starting to ‘meet’ (online) what would become lifelong friends.

Another major moment in my development was being asked to appear on the Villa-owned radio, The Villan. The presenter, Dave James, asked me if I would go on the programme as a guest of a former player and legend, Tony Morley.

Now, you have to remember, I was still a shell of a person at this stage. Did I want to go on the radio? No.

Well, for one thing I was still struggling talking. At times I would just blank out. I would know what I was going to say and the next minute it would be totally gone. Or the words would come out jumbled – same with my writing actually, more so when hand-written rather than typing for some reason – so no, I didn’t want to embarrass myself. I thanked Dave but turned the offer down.

I put the phone down. End of?

No. I started thinking. What am I doing in life to push myself? I was surviving but I wasn’t yet fully living, certainly not to the best of my ability.

This was the start of my mantra: ‘Get up. Get out. Live.’

I thought to myself that I couldn’t do a parachute jump. Literally, the pressure in the head would have been far too much. So why not do this? You should do things in life that you fear, so I decided to push myself back out into the world. I rang DJ back and said yes. So not only was I meeting a Villa legend, but I was going to join his show to discuss the mighty Lions.

I was so nervous. I worried, I stressed, but most importantly, I did it! I briefed them that if I did blank out, I’d just raise my hand and they could interrupt me. Gladly, I didn’t falter and it went down well. I was invited back, so I must have been ok! Tony was also a lovely guy, which was a relief as they do say you shouldn’t meet your heroes.

Job done. I’d taken a major step, and every step was part of me finding myself again. Everything back then was a challenge, but I started to meet all these challenges head on.

I had pretty strong views on the then-owner, Doug Ellis. I wasn’t alone! I don’t suppose the history is that important now but many were of the opinion that he had held the club back for his own ends. He came in during the early 80s (or for accuracy for fellow Villans, back in) just as Villa had enjoyed the most success of its illustrious history – having won the league and won the European Cup. He sold off the team that had brought so much and we were relegated within a few seasons. I could go, on but it’s a total book in itself really. Suffice to say, many (not all) people wanted Doug to sell the club to new custodians.

I hadn’t quite realised that my writings at the time might get me noticed and pulled into what was to follow. A group of concerned fans had been asked to meet with the Chairman of the Aston Villa Shareholders Association, Buck Chinn (sadly departed but never forgotten), at the home of his well-known son, Professor Carl Chinn MBE.

I agreed to go. I was concerned though – walking into a room of strangers worried me. What would I have to say? Back to the shell Fear. I pulled up outside his house and sat there. I sat there a bit longer. I then put my fingers on the car keys to maybe re-start the car and go home. I didn’t though. I saw a few people go in and put myself on auto-pilot and joined them. In total there were about 10 people. A reporter (who was a Villa fan and wasn’t looking to write about this at the time, just to try to advise and see what came of it); the head of another major Villa fan website and author of a printed fanzine called Dave Woodhall; a seasoned protester in the form of Navid Nazir, known as ‘Naz’; Carl; Buck; people from the Trust; and so on.

I thought I’d just sit there quietly and listen but hey, that’s not me. Villa Fans Combined (VFC) was formed.

Another One Bites The Dust – Bottom Three With 20 Games In Hand? Updated