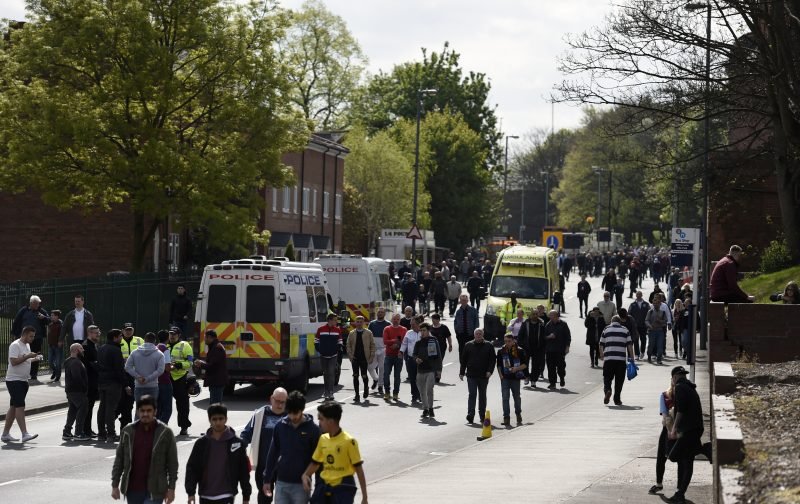 I’m not even sure we should call the incident in question rivalry and I’m not sure we should actually call the ‘fan’ in question a ‘fan’. It’s no secret most of my family are of a Blue persuasion and I simply rebelled or showed greater intelligence in falling for the Claret and Blue. It’s also no great secret that when I was a teenager (many years ago now!) I was a regular at their ground as well given my circle of friends at the time and even turning up at their club shop one day in a Villa coat, the banter was great.

But Sunday was wrong on so many levels though and I don’t need to explain why and I, for one, certainly don’t get that side of the Second City Derby given my experience and upbringing.

The authorities will do what they do, and looking at the last fortnight – a bottle thrown at Scott Sinclair and a fan confronting James Tavernier up in Scotland, now Jack being punched and Chris Smalling being confronted as well – the reaction needs to be strong.

We’ve seen this before. Villa v Blues is not new to controversy. Robbie Savage’s eye poke, clashes between fans, a fan confronting Peter Enckelman and so on. Ask 20 Villa fans and you’re likely to get 20 different flashpoints. But we aren’t blameless either, ask 20 Birmingham fans and they’ll equally have 20 different flashpoints in history – as shock horror – we don’t always cover ourselves in greatness either.

And Villa v Blues is not alone as pointed out above. But in the current climate, Sunday could be a game changer if people don’t react appropriately. It’s one thing players seeing the red mist and acting like idiots, but fans thinking that kind of behaviour is now fine?

A line needs to be drawn because God forbid such shoddy stewarding (and the press whipping up tensions ahead of games in the now sensationalist BS world we live in with social media carrying no consequences for absolutely abhorrent behaviour) – we all fear where the next flashpoint will head. Or at least, we should.

Surely we’re all, regardless of shirt colours, better than that?

Football will again take the flack for this (football fans always do), but in all honesty, we need to look at the wider society that now deems some to think this is appropriate behaviour.

This isn’t the place for it, but politically, Donald Trump, the rise of the right across Europe, little Englanders harking back to the Empire and seeing division as something to be applauded is an utter disgrace.

The rise in racism, religious frenzy…I’d like to assume those that get it mean I don’t need to type further. Those that don’t, well, that’s their problem. Sadly actually it’s ours.

Given the genuine passions on display that we all get sucked into at points, football will continue to be the sport that gets looked at (and punished) as a barometer of the wider society and with the numerous efforts made to move football forward, it can’t be allowed to slip back now.

The Football Association confirm a ‘line has been crossed’ with recent incidents, let’s see if they can be more useful than usual.