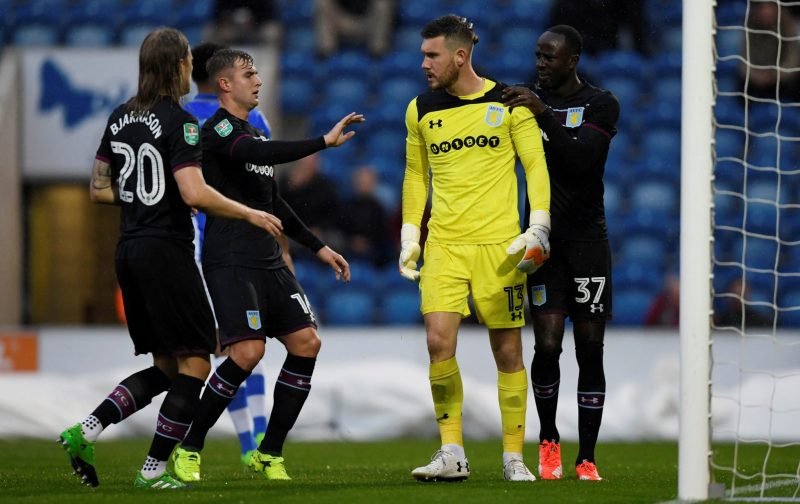 Aston Villa goalkeeper Jed Steer has always been highly rated since he arrived at the club under former manager Paul Lambert from Norwich City, but he never really seemed to get a break.

Despite being with us since the summer of 2013, to date, he only has 24 starting appearances to his name in our shirt, with a further showing from the substitutes bench. He has however enjoyed good spells out on loan with Doncaster Rovers, Yeovil Town, Huddersfield Town (twice) and Charlton Athletic.

Part of the reason for his lack of game time has been a series of injuries that have held him back, but having been handed the opportunity by head coach Dean Smith following the injury to Orjan Nyland, even the arrival of Lovre Kalinic in January has still seen him ultimately win the No 1 battle.

The 26-year-old has proven himself to be a stable and steady pair of hands and his stock has risen in the fanbase. The only question that really remained was, could he pull off those match winning saves that separate good goalies from great ones, and for many in Saturday’s Play-Off clash with West Bromwich Albion he proved he could.

Steer somehow gets a fingertip to Rodriguez's top corner-bound effort.

Former Villa Academy graduate Lee Hendrie was on Sky Sports duty ahead of the kickoff, and just after midday he hailed the decision to recall him earlier and then Smith’s decision to ultimately stick with him.

“Bringing Jed Steer back was a massive, massive plus for me. I thought he started the season well, so surprised to see him go on loan to Charlton. To come back and Dean had that belief in him. That back four for me has been so, so important.”

Long may it continue as he’s waited patiently for his shot and there are those who feel he should continue to see off the challenge from the international goalkeepers on our books.