From Sevilla To The Real Villa – Signing No 3 Complete 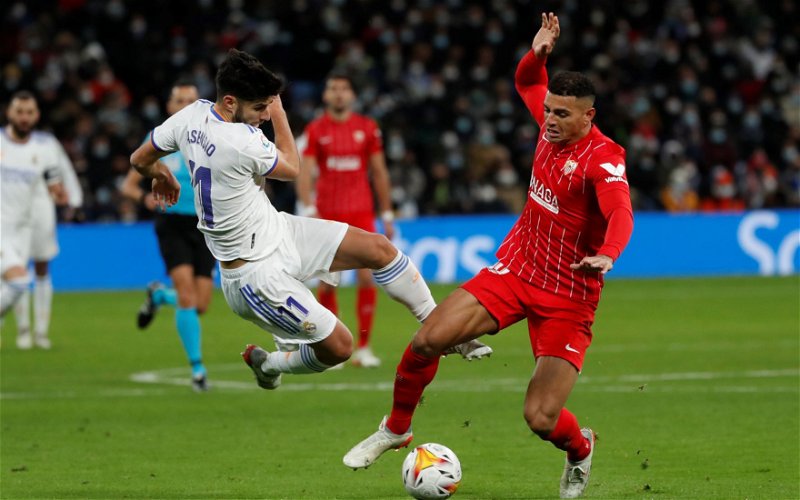 It seems to be full speed ahead for Aston Villa this summer. With a very poor season, and poor finish to our Premier League campaign in 2021/22, head coach Steven Gerrard is saying all the right things ahead his first pre season, and CEO Christian Purslow and our NSWE owners are undoubtedly backing him.

Having already completed the signings of both on loan Philippe Coutinho and Boubacar Kamara, it seems the almost last minute speculation linking us with Sevilla centre half Diego Carlos was absolutely spot on – as late yesterday evening, we announced his capture.

Aston Villa can confirm the club has reached an agreement with Sevilla FC for the transfer of Diego Carlos for an undisclosed fee.

Although officially an undisclosed fee, the media are reporting that we’ve paid £26million for the 29-year-old Brazilian defender and all we need to do now is complete the medical and finalise personal terms.

Although he’s not technically a full Brazilian international in the normal sense he has twice been in the squad for the 2022 World Cup qualifiers, and he did earn seven caps (scoring one goal) for the 2020 Summer Olympics side.

Whilst at Sevilla, he was basically an ever present during his three years with them, more than playing his part in their successful La Liga and European campaigns which saw them lift the 2020 Europa League Final following victory over Inter Milan. He leaves them having made a total of 136 appearances.

I can safely say I’ve never seen him play, so I don’t know what to expect but the reaction to his signing has been good – so have a video.