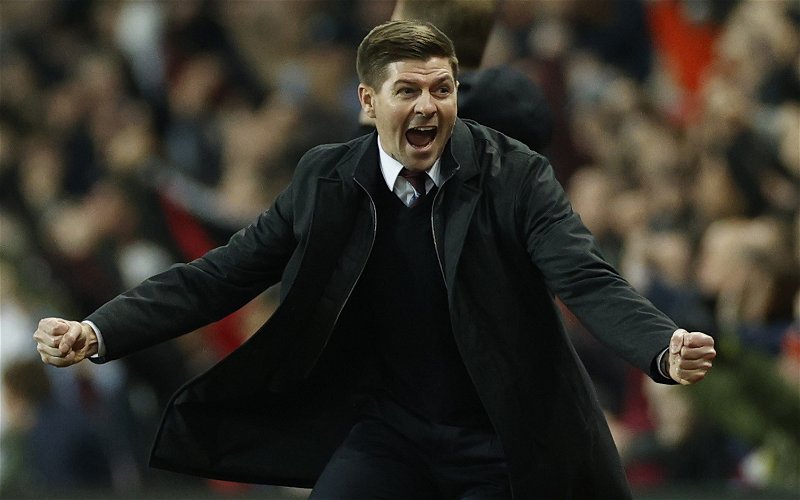 Every Aston Villa fan was hoping that the arrival of former Rangers manager Steven Gerrard would see the clubs form make a speedy improvement, and in some ways we certainly got that on Saturday as our Premier League clash with Brighton and Hove Albion at Villa Park saw us take all three points in a 2-0 victory.

It wasn’t a great performance, but late goals from Ollie Watkins and Tyrone Mings returned a debut three points for our new head coach (and some much needed relief in the fanbase after five defeats on the spin) and it gives our new gaffer a good boost of confidence that he can build on in the coming weeks.

Fans already knew that owners Nassef Sawiris and Wes Edens would both be in attendance for this one, but few expected a certain Jamaican sprinter to be in the stands.

Undoubtedly, Bolt was no doubt there to support Leon Bailey as it’s believed both are good friends, but given the victory it gives fans another reason to smile that our profile is still growing, despite a disappointing season so far.