As fans will know, Aston Villa have a number of talented Academy graduates out on loan in the second half of the 2021/22 Premier League campaign and as the months tick by towards the end of the season in May, we have seen varying degrees of success for those players who moved down the pyramid to boost their career experience.

Two players who have undoubtedly seized the chance that the loan opportunity gave them are, largely as expected given his performances for us in the first half of the season, Cameron Archer at Preston North End and slightly less expectedly, Keinan Davis at Nottingham Forest.

20-year-old Archer headed to Deepdale in the January window with four first team goals to his name, and a further six to his name in our EFL Trophy outings against seasoned professionals. A return of seven goals so far in 15 starts and two substitute appearances is far from shabby.

24-year-old Davis’ strengths, and weaknesses, are well known by all and he headed to the City Ground in January with only two appearances under his belt this term, and one goal scored in the EFL Trophy. Five goals in 17 starts and two substitute appearances is a good improvement for him, but it’s been his overall leading of the line and ball control, prior to typically picking up another injury, that has caught most people’s eyes.

Both players have caught head coach Steven Gerrard’s eye as well, and it seems that at least one of them will play a significant role in the squad next season given quotes recently carried by The Mirror

“Ryan (Lowe – Preston) phoned me and asked for him back next season. I told him to tell Peter Ridsdale to get his noughts out if he’s wanting him on a full-time basis! I also said that he won’t be available for a loan, because the idea of the loan is to give him some experience to get him back in the group and to have a positive pre-season.”

Gerrard went on to add.

“I want more forward options in the No.9 position, if you like, so we’ll analyse Cam in pre-season and we’ll make the decision from there. He’s a big, bright prospect here. Ryan’s done a good job with him. Preston have given him a really good opportunity but everyone wants Cam Archer and everyone wants Keinan Davis. Good players cost an awful lot of money.”

Presuming the question was Archer led, I find it interesting that Gerrard shoe horned Davis into the chat but I’m 50/50 on whether Davis features there to put off any daft low offers over the summer, or whether Gerrard will give him a proper opportunity to impress over pre-season. Archer seems nailed on to get a decent shot again though, and given what we’ve seen from him, I can only imagine that will please plenty in the fanbase.

Who Gets The Shot? 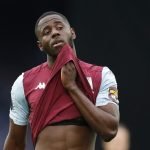 Both Deserve A Proper Chance 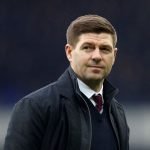