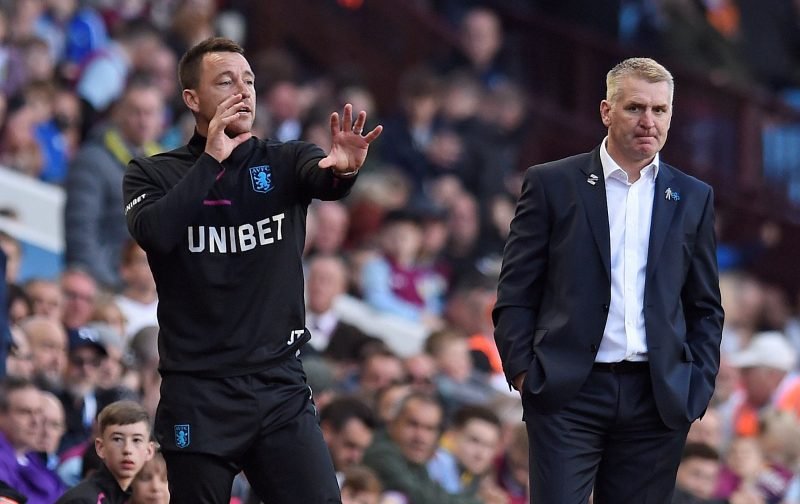 With the new Premier League campaign nearing now, excitement is naturally building and with solid moves so far in the transfer window as head coach Dean Smith looks to strengthen the group, that’s certainly helping. The transfer window does bring plenty of nonsense though and one of the best stories was the supposed £50million incoming bid from Manchester United for midfielder John McGinn.

The reports were absolute nonsense in reality and I think everyone knew that, but what isn’t nonsense is the way the 24-year-old quickly adjusted to life at Villa Park and began impressing everyone with his attitude and work rate on the pitch.

He was a very worthy winner of our double Player of the Year gongs and big things are expected from him as he finds his feet in the Premier League.

First team coach John Terry was quoted recently by the MEN and like many, he felt McGinn had earned the speculation that surrounded him, but he certainly didn’t sound like a coach who didn’t expect to be working with him next year.

“What a player he is by the way. He is a great lad. He gets that backside into people and rolls people! What a player he is and an absolute pleasure to work with. I missed him because I left and he signed, but then going in and working with him on a daily basis is great. He is an absolute gentleman, a real talent and I think he is going to take the Premier League by storm this year because people aren’t going to know what to expect. He is a real top talent, a great lad that is keen to get better and improve himself.”

Terry went on to call him an ‘integral part of our squad now’ and there won’t be a single Villa fan who disagrees with that assessment. I have no doubts his all action style won’t suit the Prem, and it shouldn’t be too long before he is genuinely a £50million bracket type of player for us.

He won’t be the only one either with the way the transfer market inflates itself each year!

£56.7m Reasons For Steve Gibson To Go Off On One Again – Villa’s Owners Own The Stadium & Further Plans Are Afoot