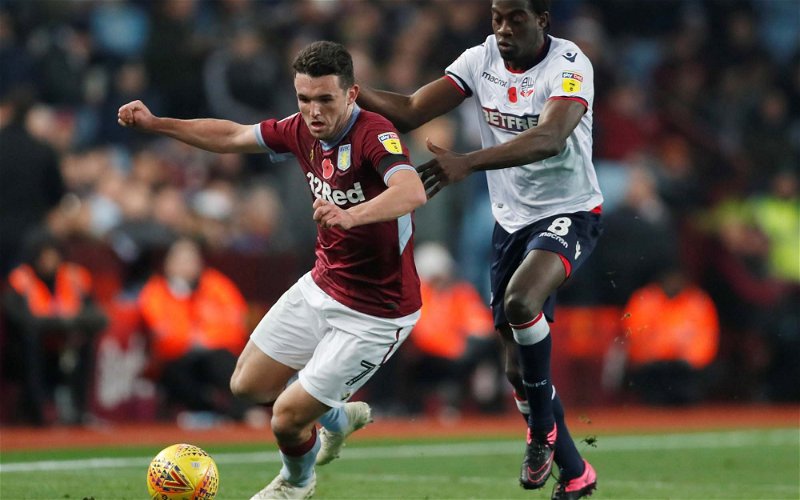 Dean Smith made a big decision to recall John McGinn to the starting lineup against Nottingham Forest and was vindicated on Wednesday night. The Aston Villa midfielder recently served a two-match ban after picking up 10 yellow cards but only made the bench upon his return over the weekend.

He was introduced in the second-half of Saturday’s 1-0 win over Birmingham City and gave his manager a selection headache ahead of Wednesday. Smith eventually dropped Glenn Whelan for McGinn and was instantly rewarded with two goals in 15 minutes from the 24-year-old – Villa ran out 3-1 winners.

Such a GOAT @jmcginn7 deserved a hat trick tonight. By far the best singing we’ve made in a long time #AVFC #Mcginn ????️♈️???? pic.twitter.com/8mGMyWv7nI

Another massive result for Villa. That’s 3 successive wins now against promotion rivals. The momentum is all theirs going into the final stretch. John McGinn absolutely immense tonight and was unlucky not to take home the match ball. pic.twitter.com/k3X5OL689U

Thought Mcginn was excellent tonight along with Hourihane who put in a great shift! Defence relatively solid too ???? #AVFC

The Derby scoreline might have been more emphatic but for me that was Villa's best performance since Boro. Midfield three of Grealish, Hourihane and McGinn so dynamic. #avfc

McGinn is way too good for this league

Against Forest, McGinn made 49 touches, 24 passes with 67% accuracy, two successful dribbles, three tackles, three interceptions and won two aerial duels. He had four shots, scoring from two of them, and drew two fouls over the 90 minutes. McGinn nearly bagged himself a hat-trick too.

The Scotland international has made 32 Championship appearances this season, scoring and creating 11 goals since his summer move from Hibernian. Since joining the club, McGinn has only missed four league games so far and is playing his part in Villa’s push for the playoffs.

Smith’s men are currently eighth in the table with 54 points from 37 games, boasting three consecutive wins.