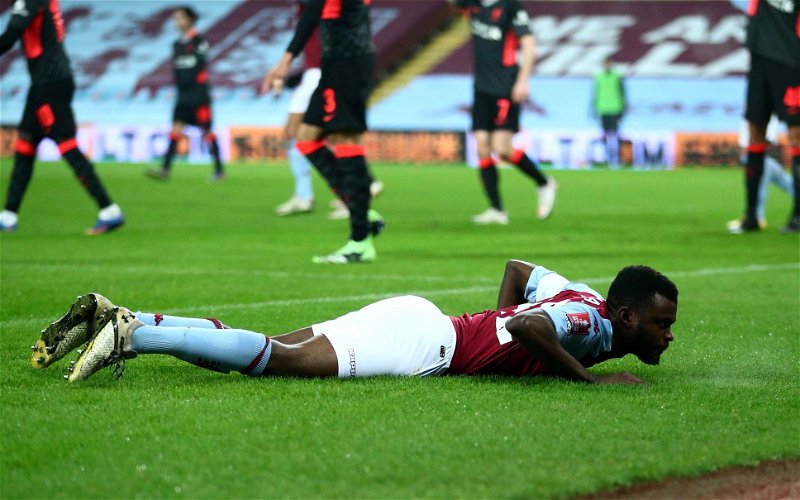 Having impressed in our FA Cup Third Round defeat to Liverpool back in January, debut skipper Dominic Revan quickly earned himself a loan spell out with non-league Weymouth to bolster his development and experience.

It turned into a very good spell for the talented 20-year-old and following his arrival at The Bob Lucas Stadium, he was an ever present in their squad, receiving glowing praise from manager Brian Stock for his efforts.

Having made 17 appearances for them, Revan sadly suffered a broken jaw in their recent game with Torquay United and he now returns to us for treatment and recovery.

Speaking to their Official Site, Stock said of our youngster.

“He came into the side at a time when we were struggling. For a player to come out of the Premier League and join a club languishing at the bottom of the league and in a relegation battle speaks volumes about his character and mentality. I believe Dom has all the attributes to make it at the highest level. His performances have been excellent not only in matches but also in training. The one key thing was the consistency he brought to the team and the relationship he had with the back four and the goalkeeper.”

Stock went on to restate that Revan’s attitude was absolutely spot on, as sometimes with Premier League loans a players ‘attitude, desire and mentality’ are always in question when dropping down to that level.

“From day one Dom has been excellent and it’s no coincidence that our results improved and it allowed us to keep a high line because of the pace he possesses. Everyone is disappointed to lose Dominic. I think it speaks volumes for his character that he carried on against Torquay knowing that he’d broken his jaw bone. He’ll walk away from this loan spell, I believe, with fond memories and so will we.”

For a first loan spell out, that’s fantastic praise from Stock and having been highly rated in our Academy set up for the last few years (and making the odd bench appearance) it seems Revan could be the real deal, so I have no doubts when he’s back to full fitness next season we’ll get him back out on loan, but this time at a higher level so he can really test himself.

Dominic Revan has returned to #AVFC after sustaining a broken jaw on loan duty for Weymouth. Revan, 20, played every minute during his spell in the National League. He was a roaring success.

It’s also a very notable change in their form, so the lad should definitely be proud of himself. He clearly made a good impression on their fanbase.

I would like to thank everyone @theterras for having me. I’m gutted it had to be cut short due to injury. I had a great time here, learned a lot and also would like to thank the fans for their support. All the best for the rest of the season & beyond. #UpTheTerras💪🏾❤️ https://t.co/AzzcWfPkRX

We will watch your career take off and know that we, as a club, did our bit #uptheterras

It was a pleasure to be able to commentate on you mate, you have a great future ahead of you. All the best.

A privelege to watch you play for my club, albeit on TV.
A class act. I'll be following your @AVFCOfficial career with interest. Best wishes Dom.

Thank you Dominic. Shame we couldn't be a the Bob Lucas Stadium to cheer you on, but watching on TV was a privilege to see you wearing the Claret and Blue of Weymouth. All the best for the future.

Thank you, hope the jaw is better soon and you are going to have a great future in the game UTT 👊

Quality: as a player and a man…the futures bright so go out and shine!!

Absolute pleasure playing next to you and I’m sure we’ll see you again! Wish you all the best! 🙌🏾❤️

Thanks for your kind words and your courage and effort. Shame #COVID19 stopped many from watching you but good luck with your recovery and for the future.

Played every single minute of every game he played.

Average goals conceded whilst on pitch – 1.18

Class player, will play in the Premier Leafye I’m sure of it. Very assured.

Good luck @DominicREVAN17 thanks for taking on the challenge and giving everything to the cause. Your attitude will no doubt take you to the very top and your appearances for @theterras will be forever marked in the history books 😀

What a great player in the making @DominicREVAN17 is and we would like to wish you all the best for the future. Made a huge difference to our team and a fantastic young man!
💜💙#Terras 👏👏🤩
Echo the thanks to @AVFCOfficial @AndyTownsend_AV @ShaunTeale you were right #Quality