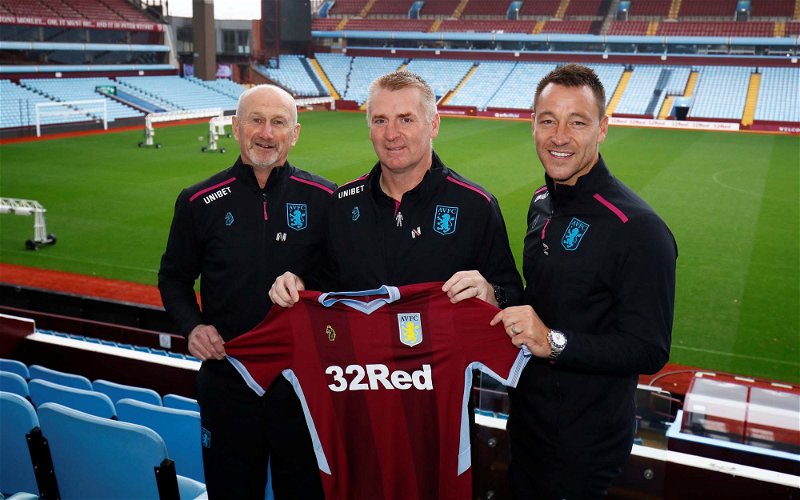 There was an unexpected development at Aston Villa yesterday evening. Two days before we kick off our 2021/22 Premier League campaign against Watford, assistant head coach and long term Dean Smith partner in crime, Richard O’Kelly, announced his departure from Bodymoor Heath.

Aston Villa can confirm that Richard O'Kelly has decided to leave his position within the Bodymoor Heath coaching staff.

Thank you and all the best for the future, Richard. 👊

There was very little build up to this, and ROK had spoken fondly about his desire to work with our new signings as they arrived through the door but clearly something has changed, and whilst a number of fans are speculating what that might be – I’ll await a direct answer rather than involving myself in a game of Chinese Whispers.

Whatever the reasoning behind his unexpected decision, there’s not a single fan who can’t wish him the very best for his future, both professionally and personally, given the part he has played in helping to turn the club around since he arrived with Smith from Brentford back in October 2018.

Play Off success, then Premier League survival, then a fantastic 2020/21 season that still petered out to a much improved eleventh placed finish and by Smith’s own words Europe is again our aim, even despite the changes over the summer.

ROK definitely leaves with Smith’s thanks and well wishes.

“Richard has worked with me for the best part of a decade and we have always had a really close relationship. We are friends as well as colleagues and I will miss him. I would like to thank him on a personal level for the dedication and support he has always given me and on behalf of everyone at Aston Villa we wish him all the very best for the future.”

ROK was singing from a similar hymn sheet about his time at the club.

“Over the past three years I have had the tremendous privilege of being part of the progression of Aston Villa Football Club. The investment by the owners in the state-of-the art facilities and recruitment in all areas has set the standards for Aston Villa to be a top club and achieve even greater success in the years to come.”

O’Kelly goes on to praise staff, those in the Academy, players and the culture at the club which is geared for success, even during ‘challenging times’, adding that he feels it’s the perfect environment to create ‘the stars of tomorrow’.

Our owners and their investment at all levels also comes in for praise, but speaking specifically about Smith, he says,

“I have witnessed first-hand Dean’s excellent leadership and coaching skills. He is a top manager and I will take with me great memories of working with him and the other coaches. I am very grateful to the club and its wonderful fans for their support and will enjoy continuing to follow the Villa on its journey.”

We’ll certainly continue on our journey and ROK can reflect fondly on the part he played.