Well, this could be great news for Aston Villa.

It seems that Jonathan Kodjia has got his mojo back.

Having suffered from two career-threatening ankle injuries, the striker had looked a shadow of himself after returning last season. I did fear, with the joints being such awful places to get injuries, he may never find his way back to form again. It’s very difficult trying to run when you know your ankle, or knee (as other players have found out) has a weakness.

However, the 28-year-old hot shot has told https://africanfootball.com he’s looking to make up for lost time.

He scored for the Ivory Coast this weekend in the 2019 Africa Cup of Nations qualifying game v Rwanda and as you know, has three for us already this season. 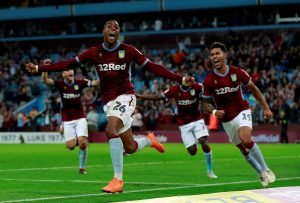 “I gradually regained form after a very difficult period last season,” Adding, “Today, I find the joy of playing again.”

“As proof, I’ve scored three goals since the beginning of the Championship. In any case, I want to make up for lost time, both for my club and national team.” 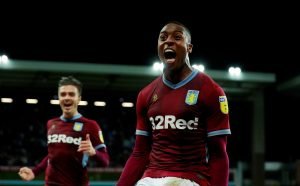 Just got to hope he is played correctly now. I think many are boring of the one up front approach, it’s not working and needs to be changed. The supply to our strikers has been shocking for years. Kodjia, when on form, can score out of nothing, but why make him do that? Why not get the supply right? He also has to work on assists, sometimes he can be very frustrating shooting from daft angles instead of squaring the ball to a team-mate.

Just hope he can get a full run at it this season and no more injury setbacks. If so, he’s a major asset for us.