Following the fantastic performance that ten man Aston Villa put in as we roundly beat Crystal Palace, I suspect all of us would take a point as we travelled to Stamford Bridge to face Chelsea this evening.

There were no surprises on the line up from head coach Dean Smith, and despite Frank Lampard talking about changes, it was a strong Chelsea side with very familiar faces.

It was a mixed start and whilst both sides had chances, we again looked the more threatening and our efforts were definitely the stronger. The home side probably had more of the ball but 30 minutes in, we were unlucky we weren’t ahead.

But this is the Villa and we are a work in progress. Chelsea took the lead in the 34th minute and it was incredibly soft sadly and the half turned there. Whether it was disappointment or tiredness kicked in, Chelsea took better charge and we were hanging on a little.

The start to the second half was much the same as we ended. We were a bit leggy, a bit sloppy, but the effort was still there and there was nothing to say we wouldn’t nick a goal – and we did as Anwar El Ghazi scored five minutes in.

That more sparked us again and although Chelsea had plenty of good chances, we still posed a massive threat and John McGinn bar bound effort was a delight to see and would’ve been a worthy winner.

As then would Jacob Ramsey’s effort following his introduction inside of the final ten minutes.

1-1 final score, all things considered, I’d call that a great point and aswell as playing some good stuff again, we also dug in nicely with a gutsy performance to boot.

Well done again chaps, the players have stepped up and improved very nicely. 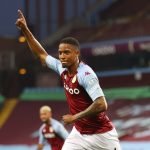 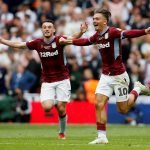