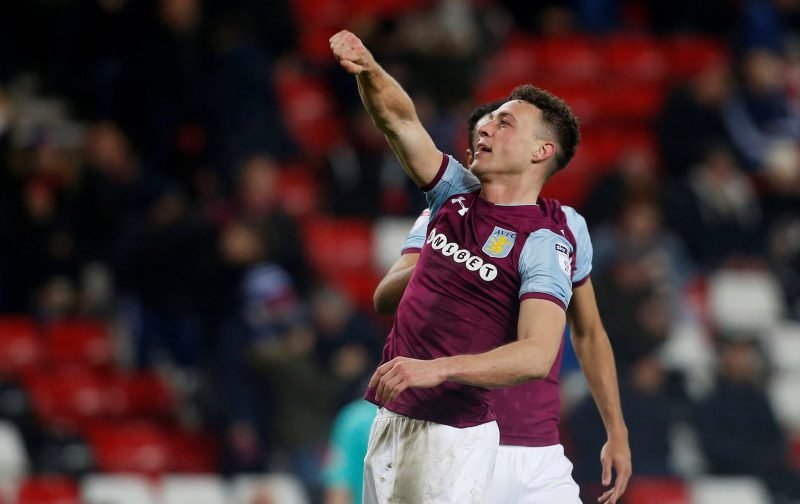 On Saturday afternoon it was being reported that Stoke City had backed up the earlier speculation this summer surrounding their interest in Welsh international centre-half James Chester by finally launching a firm bid.

Sky Sports were one of a number to report that the Potters had come in with a £5million offer for the 29-year-old’s services in the season of 2018/19.

Now fair enough, both sides reside in the second tier and are gearing up for Championship football following respective relegations in the last few seasons and with our financial position, compared to theirs having only just been relegated, they have Parachute Payments, and we are up poop creak.

It’s understandable why they would try to take advantage of our situation and sign a player that would clearly improve them as they hope to bounce back at the first time of asking. But £5million, when we signed him for £9million, is taking the Tony Pulis and reports suggest the offer has been instantly rebuffed as it should be.

I’m not suggesting we’ll make a profit on him like we should if we’d chosen to sell, but if we don’t break even there’s no point in a sale anyway.

It’s suggested we are holding out for £10million before we bend over and sell the quality player to save Dr Tony Xia’s face and he does become the first player to receive an actual bid, but there are some fans who don’t agree with me and think we’ll take roughly £5million, but plenty more thought break even at least should be on, if not profit regardless of our situation.

Aston Villa are facing a battle to keep Wales international James Chester after Stoke made an opening bid of £5 million. [john percy] #avfc

I appreciate due to the mess wee are in players must be sold, but surely not Chezzie we have that much dross to get rid of first wee will in the long run need players of his alround quality to get us out of this mess and Stoke you having a laugh !! #utv. #vtid

5mil is a joke i know football is dog eat dog & we financially desperate but come on really!!!! Stoke have all that money & they trying to take piss on a fellow midlands team. He’s priceless to me one of the best signings we’ve had in years

Is that for his left leg?