“He just ain’t cutting it” – is time running out for Dean Smith? 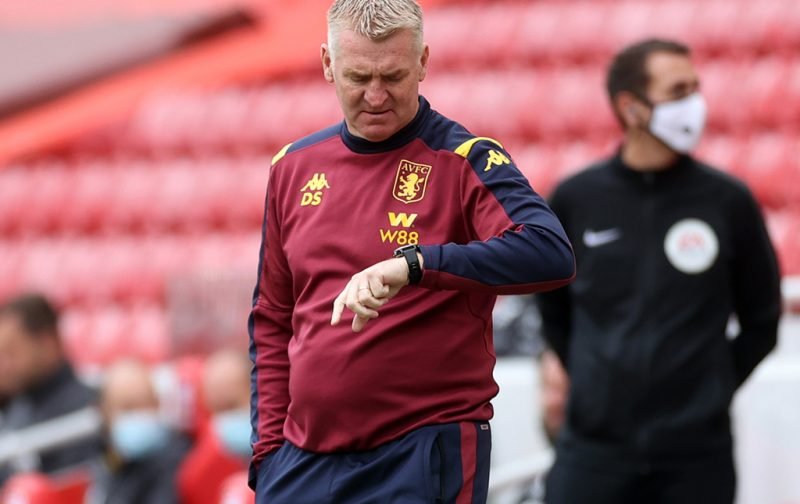 As the season draws to its (inevitable?) conclusion, debate is hotting up over the future of head coach Dean Smith – is he the long-term solution for Aston Villa, whether or not we retain our Premier League status? Would he be capable of ensuring a swift return if and when we get relegated? Should we keep faith the way Burnley have been rewarded with Sean Dyche?

So many questions. It’s a tricky one for sure and although I have been broadly supportive of Smith since his arrival, the signs are ominous – muddled recruitment (not his fault as such, but he is part of the committee with Suso and Purslow), muddled tactics and a stubborn refusal to change things which are clearly not working point to a coach running out of ideas and running on empty.

I desperately want him to succeed. I don’t care that he’s a fan. He’s a professional and I’ll judge him on that, and he increasingly looks like he does not have what it takes at this level. But then was Dyche, for instance, any different when he first brought Burnley into the greed league? There are certainly parallels between the two coaches, with Smith arguably the more experienced of the two.

I get the impression the club will stick by him whatever happens, but in the meantime, here’s a considered approach to the situation, posted on the forum and I thought it would be interesting to share here for those who don’t dare venture into 100% Villa!

I keep hearing that Dean is a great coach but lacks the quality of players and that’s the primary reason for his failure at this level. Yes, he doesn’t have the squad that Klopp and Pep have – in fairness who does at least in the PL but that doesn’t explain why less talented teams have a visible approach to scoring and winning games – I’ve tried but I can’t for the life of me tell you what Smith’s is beyond ‘give it to Jack’.

My expectation is that regardless of the playing squad a decent coach would have an identifiable approach, good or bad, and then drill the players he has to go on the pitch and deliver it. If he has a modicum of success, he then has a case for asking for better players to fit it and produce better results to a point where the owners’ ambitions sit and re willing to invest to.

Instead what I think we’ve seen from the start of the season is trying to play a high pressing open 433 system, which although naïve you could make work if you worked really hard and got the players drilled to deliver it (see Nuno and how quickly he got his players playing to the set system he uses). Regardless of how cack you think our squad is, what I’d expect to see is them get better at the system and more coherent as the season progressed.

Instead, we’ve got worse as the season has progressed, and less coherent as to what we’re trying to do and how we’re going about it, and that’s before all the random chopping and changing that started about January and has pretty much continued pre- and post-lockdown.

And increasingly as a result of plan A failing and then scrabbling around for any kind of plan B, C, D etc the players have clearly lost belief in the approach and Smith, to the point where its abundantly clear that they rarely work hard for him on the pitch nor respond to his expletive loaded ‘instructions’ from the sidelines – it’s just noise now and the players have started ignoring him (game over as a coach).

What I’d expect the better coaches including the Klopps, Peps and Nunos, is to be able to get the players available to play to a defined system and then get better at it as time goes on, regardless of whether that translates to results. Nuno always stresses performances, and by that, he means did the team execute what they have been drilling and practising.

So long story short, yes I do think a better, competent PL coach would get a better tune out of these players, not just through motivation (but that’s part of it) but through hard yards and skill on the training pitch in getting players to be able to play to a certain coherent system.

Smith has failed on both of these counts and that is why I wanted him replaced before Christmas and why at the end of the season he should go. He just ain’t cutting it (in his role, some players and others in the set-up also need to face the music). 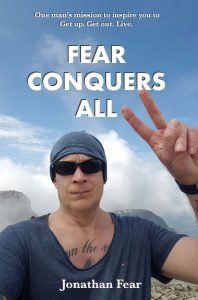 Please take a moment to check out this excellent read – Fear Conquers All. A fascinating look at his battles and victories. This is a story of how not to lose at the game of life and how to fight back. A story of victory over adversity, of a man who doesn’t know the meaning of the word ‘defeat’.

A story of a man who fought death, won, and trained for the re-match. A story bookmarked by illness and operations, but not defined by them.

This book is about such a fight and how Jonathan not only dealt with the misfortune but faced it full on. It’s a book that will inspire and challenge you to get off your butt and live your life. – Amazon review

One Reply to ““He just ain’t cutting it” – is time running out for Dean Smith?”