Saturday’s Premier League clash against Liverpool certainly turned into a bad day for Aston Villa, but with that said there were plenty of positives for the fans to take given our organisation and heart on the day – especially as we put in that kind of performance without talismanic Jack Grealish.

“He will be fine for next week. He trained with us on Friday but woke up on Saturday and just felt he wasn’t right. I told him I wanted him to be 100% because you have to be against teams like this.”

Having limped off in the previous clash against Manchester City, it was expected that the 24-year-old would return for the weekend as on Friday he was back in training, so his omission came as a surprise to many fans ahead of kickoff.

Speaking to the Official Site this week as our eyes turn to another clash with Wolverhampton Wanderers this coming Sunday, head coach Dean Smith confirmed that Jack simply didn’t feel right and in not being 100% on the day of the game, Smith supported his decision to withdraw from the squad.

“He will be fine for next week. He trained with us on Friday but woke up this morning and just felt he wasn’t right. He had a little run on the pitch pre-game. But I told him I wanted him to be 100% because you have to be against teams like this. He wasn’t so he made the call and I certainly supported him on that.”

Was Smith Right To Rest Grealish? 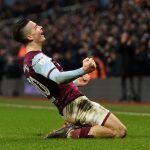 I doubt many fans will disagree at not taking the risk with him and making sure he was 100% right given his importance to us, and the fact Liverpool was in effect a free hit. But let’s have a poll on it!