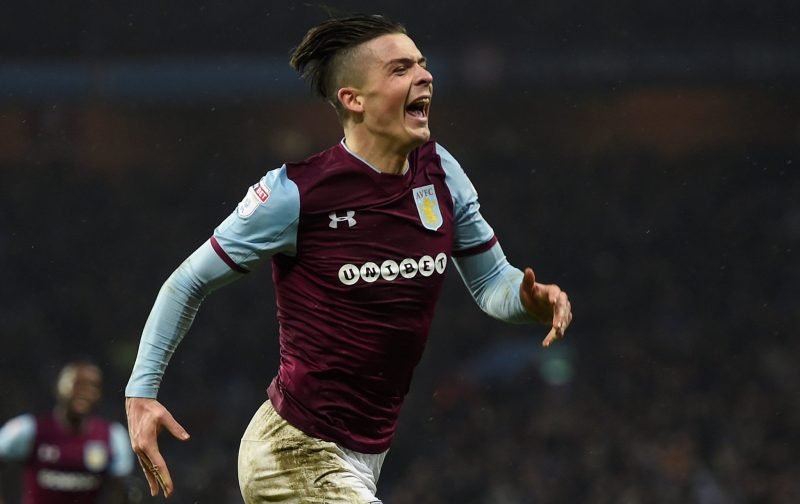 Reports in recent days have suggested that Fulham and Crystal Palace will battle it out with Tottenham for Jack Grealish after enquiries were made for our no.10.

The club have been locked in negotiations with Spurs, but the two sides have not come to an agreement on a transfer fee so far.

With the arrival of Nassef Sawiris and Wes Edens as principal owners of the club, there could be a possibility that Jack could now stay, but when I polled supporters for their opinions, the majority still feel he will leave, with Tottenham his likeliest destination:

With Financial Fair Play to consider that isn’t all too surprising. With NSWE now in control though, it should allow us to push up the asking price of our talisman. We need to find £40m, and if a significant portion could be found through the 22-year-old’s sale then that would be acceptable.

Even though I’d like Grealish to stay, I do understand the midfielder is by far and away our most valuable asset, and you can’t get away from the fact it would help us a lot if he is sold.

Vital Villans, we have changed the commenting system so you can login and stay logged in (as opposed to forever having to put your details in). Hopefully this works better. Apologies for the delay in sorting. To comment, just login and off you go. You can also join us in the 100% Villa forum here… Any problems, email membership@vitalfoo