Hibs Fans Wax Lyrical On Departing Player: “The boy has everything. He’s gonna be a superstar.” 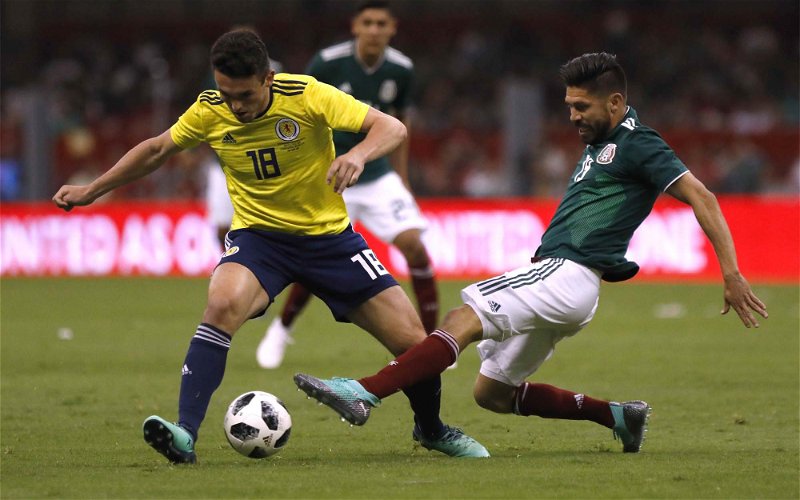 I don’t think I’ve seen this much class for a long, long time in football.

The Hibernian fans are covering themselves with glory here in my very humble opinion. Fans showing thanks to a player leaving them for a new club. What quality they are showing.

This is all following the news that Aston Villa confirmed the permanent capture of 23-year-old Hibernian and Scottish international midfielder John McGinn.

You can see more tweets with the hashtag #superjohnmcginn

Here are just a selection.

Such a nice tweet, so much goodwill for John from the looks of it.

Good luck to John McGinn – one of the nicest guys in football. My sister adores him and he’s amazing with her. Aston Villa are getting a top player with a massive career in front of him. All the best SJM ???????????? pic.twitter.com/cBrk7CM7U2

All the best for the season ahead. Hope you get yourselves back up the Premiership where you belong. A sleeping giant in English football. Take care of our John. He’s a tremendous talent and you will love him. Will keep an eye out for Villa this season! Good luck????????@VillaViews_

So positive for us fans to read the great comments from the Hibs fans isn’t it? He’s obviously made a massive impact on their team, let’s hope he can now do the same at Aston Villa.

All good things must come to an end ???? Thanks for everything, John ???? #Legend #SuperJohnMcGinn @jmcginn7 pic.twitter.com/VomMFLOPPT

All the best to John mcginn , wonderful player , seems an even better person , played for the jersey and the fans , hopefully his career goes onto even bigger and better things .. the word legend gets branded about far too often but he deserves it #superjohnmcginn

Down to Villa it is then. You’ll be missed ???? #SuperJohnMcGinn pic.twitter.com/mrZsrPdqTZ

And I’ll leave with this one, sorry the fan is gutted, but love how he says that John is going to be a superstar…

Not felt this gutted about someone leaving Hibs in a long long time. Was a pleasure watching super John the last few years. The best midfielder I've ever seen at Easter Road. The boy has everything. He's gonna be a superstar. All the best ????⚽ @jmcginn7 #SuperJohnMcGinn pic.twitter.com/8qJZzRyAoL