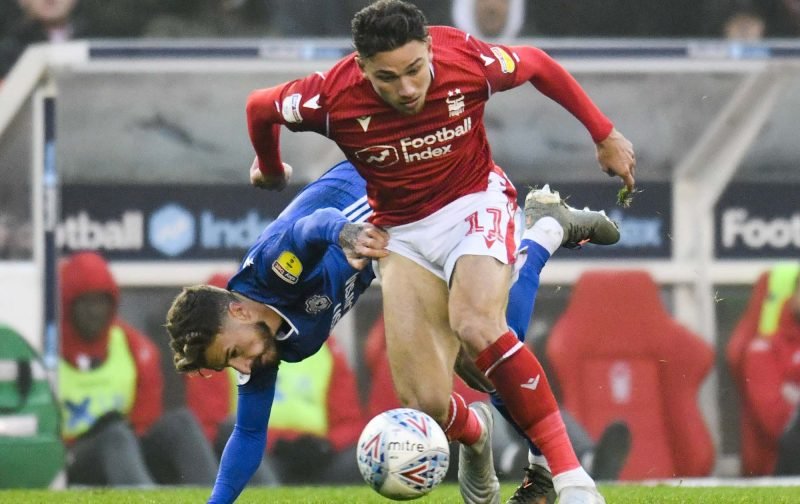 Following the spike this week in the speculation linking us with a move for talented Nottingham Forest Academy graduate Matty Cash, earlier this morning the club confirmed his arrival at Aston Villa.

The versatile 23-year-old came through their ranks as a midfielder, but in the 2019/20 campaign he was switched to right back to fantastic effect and ended up winning their Player of the Year gong. Across his career he has over 120 appearances his name at Championship level, so whilst there will be a step up required, we should be confident of a relatively quick adjustment given his pedigree.

Speaking to the Official Site as Cash was announced this morning, head coach Dean Smith said of our first senior capture of the summer.

“We are delighted to welcome Matty to Villa and believe we have secured one of England’s brightest young prospects. He has an excellent playing record for a young player and we believe he will settle in easily and continue his rapid development into a top full-back.”

Despite the midfield option he gives us, clearly Smithy sees his future in the back four, so the only question is, are we looking to move Freddy Guilbert or Elmo on, as we also have decent right back cover from Ezri Konsa if needed.

Cash - Worth Every Penny?

Absolutely, Going To Be A Top Player

The Jury's Out For Now

Cash himself in his own interviews was very positive about the move.

“My agent rang me and said that Villa were interested, and immediately it was the place I wanted to come to. I said, ‘don’t even worry about anywhere else, I want to come here and play’. It’s such a big football club, from the fanbase to the stadium. Every time I played at Villa Park before it just sold itself to me. It’s a very proud moment for me and my family, and I can’t wait to get started. Playing for such a big club is going to be brilliant. I had a very good five years at Forest and I can’t thank them enough – they were very good to me. Signing for Villa is a huge moment, and I want to thank everyone who’s supported me through this process. I’m coming off a good season and I’m ready to take that into the Premier League with Villa.”

Absolutely buzzing to have signed a 5 year deal at Aston Villa. Something I’ve always dreamed of since I was a young boy to play in the premier league, it really is a dream come true. I can’t wait to meet up with the squad, meet everyone around the club and the supporters! #AVFC pic.twitter.com/o9QU7sESK1