I Agree, This Player Really Hates Having To Stay At Aston Villa Doesn’t He 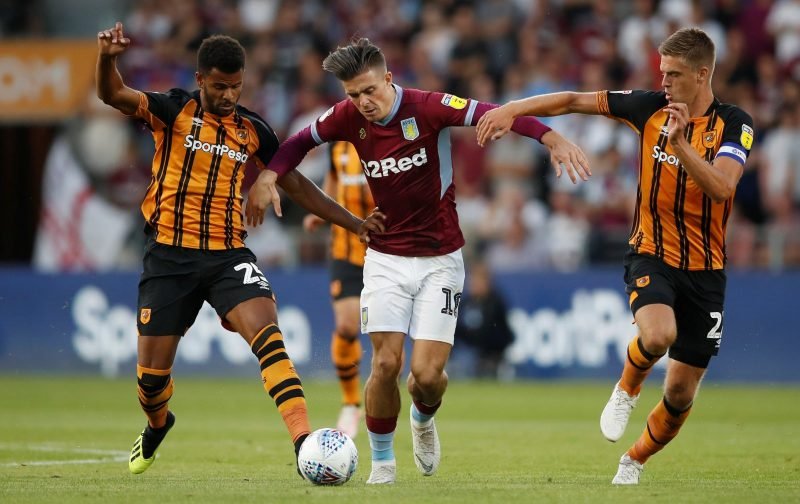 With so much nonsense and speculation surrounding Academy graduate and Aston Villa fan Jack Grealish over the last month, I think few wouldn’t have forgiven him had he crawled under a big rock to try and get away from it all.

Whatever the truth of Tottenham et al speculation, it wouldn’t have been an easy time for him as he effectively went from a position of playing for his boyhood club and almost achieving the dream of helping us to promotion back to the top-flight to potentially knowing he had to move on simply to keep the clubs’ lights on.

Then possibly being forced to stay with us following our takeover after he’d already set his sights on impressing in the Premier League this year.

Whatever rollercoaster he was on, whatever decisions he made in his own head and however he balanced those up as things changed off the pitch for the club itself, well we’ll have to wait for the autobiography, but if I’m allowed to read into things I wouldn’t say Jack’s performances and efforts so far give any indication that he’s overly bothered about not moving to the Premier League this summer or the subsequent wage rise that would’ve brought.

I’d also say his social media activity gives no indication that any of the ‘unhappy, raging’ guff in some sections of the tabloids and the internet were even possibly accurate and not 100% lies and fabrications.

Make your own mind up.

Great win today, that’s what it’s all about, last minute wins! On to Tuesdays game in the cup! Thankyou to the villa fans for the wonderful reception ❤️⚽️ pic.twitter.com/WPEwgRaGhC

Those are his Tweets for August…no late night wibbling that see messages quickly deleted in the sober light of day as other ‘wantaway’ players have done in the game, knowing full well that the message was already out there and the deletion simply gets their unhappiness a second wind.

No cryptic messages that can be read into to create doubt and fuel the speculation pages.

That’s exactly the kind of performance and effort that screams ‘I want out’ isn’t it, again you don’t have to look far around football when it comes to players who put in no effort on the pitch or end up a forgotten man nowhere near a matchday squad when they have designs on a new club.

Jack will get his move one day, maybe sooner than we all want depending on how this season goes for us, but until then and despite his age, there are a number of players who would do well to look at how he’s handled himself over this episode.

It’s been a credit to him.