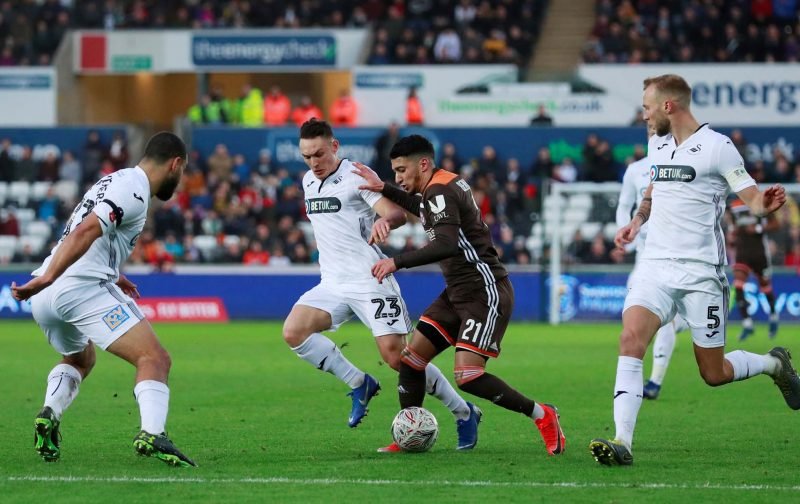 It’s been a relatively busy weekend by Aston Villa’s standards when it comes to the summer transfer window rumour mill and at least for me, we have a new name from Brentford to consider – midfield attacker Said Benrahma.

The 23-year-old Algerian can play on both flanks, as well on occasions through the middle, and he only arrived at Griffin Park last summer, but it was some first year in the Championship as he found the back of the net ten times, and contributed 14 assists.

French outlet le10sport have now claimed that we are keen on him, so much so in fact, we’ve offered £9million for his services.

I can’t find the initial fee he arrived at Brentford for, but you would imagine given their track record that if true, they will try and push that fee up a bit, especially as it seems prior to these reports speculative pieces from abroad were linking him with the likes of Chelsea and Arsenal.

It certainly seemed to strike the right chord with these fans and from what I remember from highlights, I can certainly see why.

Smith isn’t just targeting championship players, he is going for players who fit a system and like jota he fits perfectly to way we want to play and will make the step up comfortably #avfc

Precisely. Exciting to see what we have during the friendlies.

Would be good signing for you and Smith knows just how good he is but I think our valuation is higher than that. £13-£14m I would have thought.

That would be an amazing signing.

I like this sort of transfer – the best talent in the EFL in the right system, and players with the right attitude, with the right traits for the system can definitely be part of a great PL side

Better than both Lolley and Bowen