I Really Can’t Think Of A Title After That – A Magnificent Seven, Maybe – Match Stats 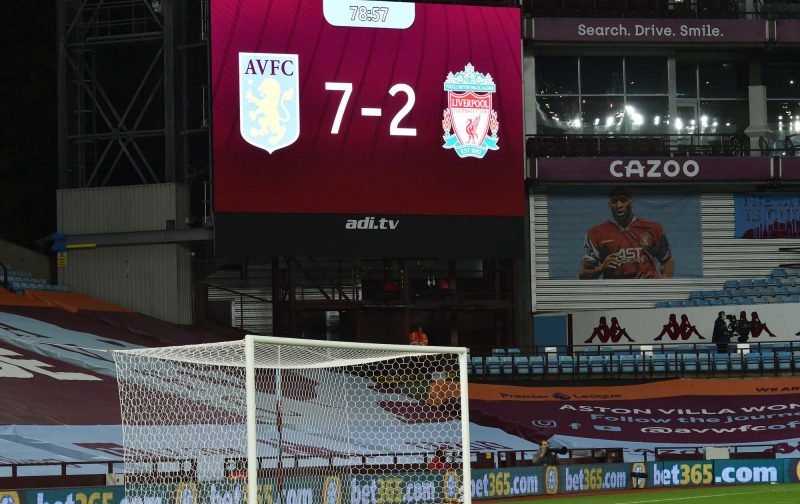 Aston Villa welcomed Covid-afflicted Liverpool to Villa Park for today’s Premier League action and most of us were wondering why the game was going ahead given the confusion raised following Sadio Mane’s positive test – which itself followed Thiago Alcantara’s positive test.

Oh well, Ross Barkley made his debut as head coach Dean Smith drafted him straight into the starting XI, so game on.

And the game was definitely on. A very bright start from Villa pushed Liverpool back and it took us four minutes to open the scoring as an error from their goalie saw the ball at Jack Grealish’s feet and he laid on Ollie Watkins for the easiest goal he will have ever scored. Debutant Barkley should’ve doubled our advantage minutes later when clean through but he wasted it.

The signs were however very good, but as expected Liverpool posed threats of their own but our organisation stayed good, even when they did break through (apart from that Emi Martinez moment). But who cares about that, having grabbed his first Premier League goal Ollie Watkins showed what he was all about as he grabbed his brace in the 22nd minute.

Villa fans were understandably going wild – shame we can go to the Albert Hall but not Villa Park.

With a frontline including Mo Salah, Liverpool were always going to be dangerous and after a lucky bounce he was on the scoresheet just after the half hour mark, and Ross Barkley had now wasted three solid attempts for an opening goal.

But then John McGinn popped up and with a lucky deflection of his own, it was 3-1. I’m not really sure what was happening anymore, and going off the Match Thread nobody else did either.

What did the second half have in store? No more Graeme Souness bizarrely moaning about the length of the grass for a start.

It stayed end to end and Barkley made up for his earlier efforts with a sublime finish ten minutes into the half.

We then conceded, but I’m convinced it was a foul in the build-up – 5-2. It didn’t matter anyway and Jack Grealish made it 6-2.

I am so glad I have more alcohol in the house. Especially as Watkins then spurned a great chance to make it 7-2. But it didn’t matter, as Jack grabbed a brace and made it 7-2 shortly after.

Genuinely, WTF is going on?

Who is doing what again?

One Reply to “I Really Can’t Think Of A Title After That – A Magnificent Seven, Maybe – Match Stats”