“I really want Smith to succeed at the Villa but please stop sounding like a stuck record after games.” 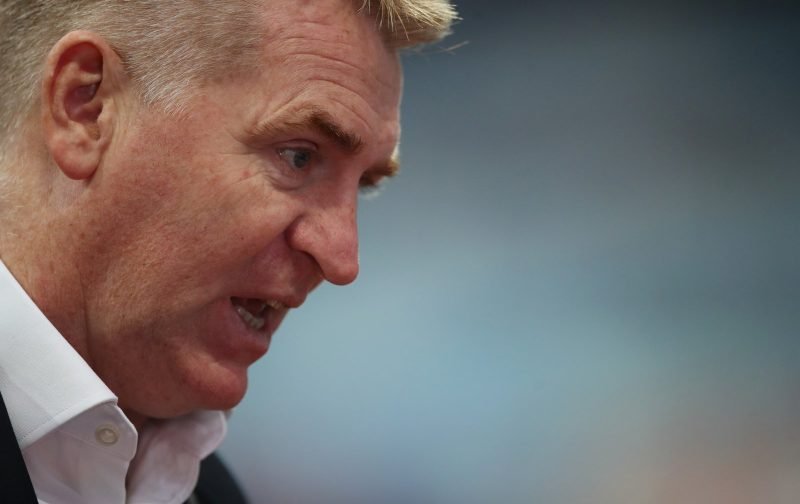 A great post from the Dean Smith thread in the forum by Thomas Holte.

I suppose after barely escaping relegation last season the start of this season put me in a false sense of expectation for the rest of it.

I’ve always let my reservations regarding Dean smith’s managerial abilities be known on here in a polite and constructive manner however I was pleased he surprised me by getting himself out of the hole he dug for himself by using the first and long covid break to analyse where it was going wrong and then addressed the way the team was playing so well done to him for that which we are grateful of. – I do wonder though after I think it was 10 straight defeats if that actual long break saved his job because we were truly awful and he was lucky to have that time to re-evaluate otherwise who knows?

I’m grateful for the points already accumulated which makes us look like a middle of the table team so we have now found our true level however our squad lacks quality particularly in the forward’s department so this has got to be addressed in the summer.

The problem is since early January 2021 we are not playing like a mid-table team, more like a relegation side and that’s a serious worry as yet again Dean seems unable to stop the rot and all the decisions he is making on team selection, tactics, substitutions, etc aren’t working plus there seems to be a lack of motivation from the players who don’t appear to be enjoying playing football at the moment?

I really want him to succeed at the Villa but please stop sounding like a stuck record after games with the same excuses each week like he was talking about someone else in charge.

Time will tell at the end of the season if he has stopped the rot – I hope for his future career at Villa Park he does just that.

With thanks to TH

2 Replies to ““I really want Smith to succeed at the Villa but please stop sounding like a stuck record after games.””