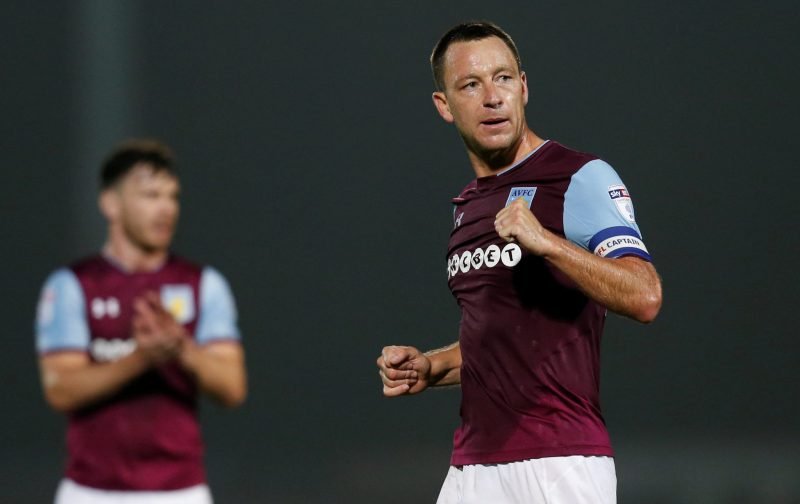 Sometimes I’m looking for things to write, other times they fall into my lap and I have to try really hard to resist my natural urges to point out what I’d call was the ‘ruddy obvious’. This is one of those occasions but it seems I’ve lost that battle.

Preparing bits and bobs last night as I wound down and prayed that we wouldn’t make another late announcement that kept me from my bed, I stumbled over a more editorial type piece from a certain outlet online. I won’t name them, they don’t deserve your extra clicks for their efforts – they can be satisfied with mine.

Was anyone unsure as to what role John Terry plays in our new managerial structure? They seemed to think so.

I thought Aston Villa explained themselves quite succinctly with:

We are delighted to announce the appointments of Dean Smith as our new Head Coach, John Terry as Assistant Coach and Jesus Garcia Pitarch as Sporting Director ✍️

The key words there are ‘John Terry as assistant coach’.

Not difficult for me, and not difficult for anyone, so I can only presume Steve Bruce’s comments about intellect has gone to some people’s heads in the media and they’ve turned into the mad few looking for things to write about to hit a quota.

Even the Instagram post from Terry they use to justify the claim that there was any confusion, doesn’t actually imply that any confusion exists.

Delighted to be assisting Dean at @avfcofficial Looking forward to my 1st steps into coaching and returning to a club where I have great memories ⚽️????

I can only safely conclude that I’m confused, but unlike some, for the right reasons, I think.

Now, if they’d bothered to ask if he’d changed his mind on retiring from playing, that would’ve been a worthy question!