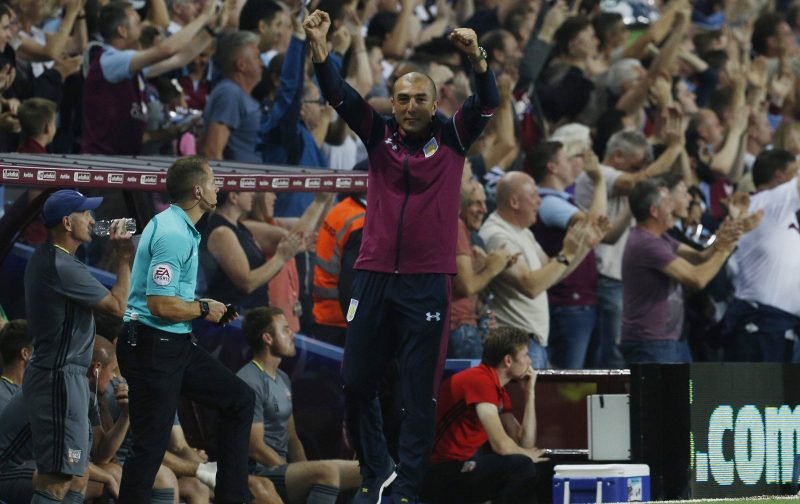 In an interview with the fledging sports site The Athletic, former boss Roberto di Matteo expressed his frustration at being dismissed so early into what he hoped would be a long-term stay at Villa Park.

Having initially been sceptical about taking a “step down” to the Championship, the Italian was drawn in by the potential he saw, the history of Villa and the ambitions of the new owner.

The size of the project was daunting, with di Matteo having to rid the club of expensive flops who wanted no part of righting their failure of the previous season while buying and moulding a brand-new team (who might hopefully mount a promotion challenge) in a matter of weeks.

Di Matteo was shown through door marked ‘Do One’ after only 124 days in the hot seat, having been handpicked by Dr Jiantong Xia to rebuild the club after one of the worst Premier League campaigns in history.

When he was sacked after only 11 games, his record was W1 D7 L3. Hardly anything to write home about, but di Matteo laments the fact that he had only spent four weeks with the squad after the transfer window had closed before his dismissal in early October.

Di Matteo didn’t hold back when discussing his sacking. “I was ****** off when it ended. We spoke about a project and agreed that the first season was going to be tough. The play-offs were the aim and I believe we would have got there.”

“How long did it take them to get back into the Premier League in the end? Three seasons! Despite the disappointment, I was happy they achieved what they set out to do.”

The extent of the difficulties can be revealed later, but first, it’s worth explaining why a Champions League-winning manager with Chelsea currently spends his weekends on the sofa watching football on television, away from the dugout.

Since leaving Villa, Di Matteo has not been involved in football, instead spending more time with his wife and three children and dealing with health issues his father had been experiencing. But there was never any doubt that he would return to football.

“I feel good, young, and ready to manage for many years… I will coach and manage again, and I’d like to choose something that really excites me.”

Di Matteo also spoke highly of current Villa assistant manager, John Terry. “He, too, will be there as a manager in the future. As a player he was writing down some of the sessions and he’s now gained so much experience from the managers he’s worked under.”

Of course, di Matteo’s tenure is a little more than a distant memory as we look to re-establish ourselves in the Premier League, picking up after the international break on Monday night, under the Villa Park lights, against West Ham United.

But it helps draws a line under that period to finally hear his version of events, and credit to him for having the dignity to speak well of our promotion. Although he didn’t have the time to work out with Villa, we can only wish him well wherever he ends up. Let’s hope he arrives there in something more upmarket than a Ford Mondeo.