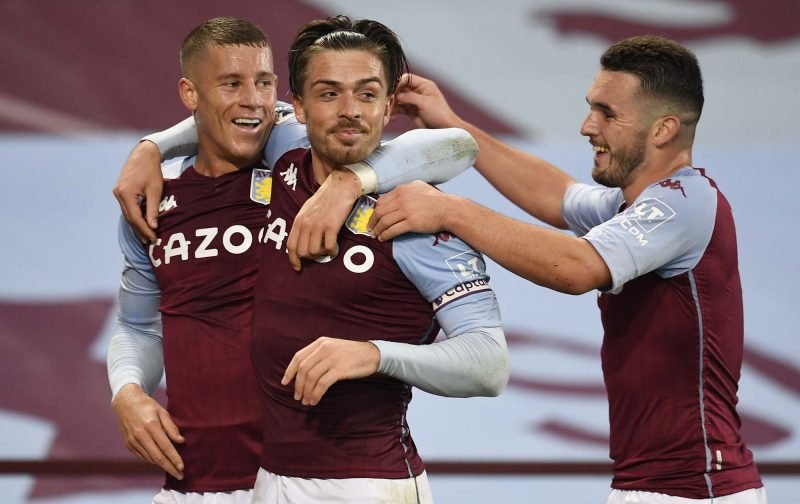 Quite a few eyebrows were raised during the transfer window when news broke that Aston Villa had successfully convinced midfield conundrum Ross Barkley to make the switch from Chelsea.

The 26-year-old former England midfielder has had a tough few years as he seemingly lost his spark at Everton, and after a brief resurgence at Stamford Bridge, he again seemed to shrink. That definitely hasn’t been a problem since he arrived at B6 as he was instrumental in our destruction of Liverpool ahead of the October break (and really should’ve scored more) and although Leicester was a quieter performance from him (and others), he still popped up in stoppage time to gift us the winner and make his own record two games = two goals.

He’s slotted in perfectly with us and there should still be more to come.

Speaking about his adjustment period at Villa, head coach Dean Smith told the Independent that having sold him the Villa vision, he also promised to get him back into the England squad for the upcoming European Championships.

“He’s a high-calibre player, I’m thankful to Chelsea that they’ve loaned him to us. I sold him the project here and told him I’ll get him in the Euros squad and he’s going to try and help us win football games. He’s certainly done that in his first couple. He couldn’t have started better. Being a Blue, getting that win and scoring against the Reds and then getting that in the 91st minute couldn’t have been a better start for him or us. It was a tough game and that bit of quality shone through at the end.”

Speaking to the Official Site himself this morning, Barkley was clearly relishing life with us.

“It’s a lovely way to start for me, and long may it continue. I’m focusing on helping the team out defensively, getting assists and helping the team to win. I’m loving it here. I’ve been welcomed with open arms since day one by the gaffer, the backroom staff, captain Jack Grealish and the rest of the lads. It’s been brilliant. I’m loving it and I’m looking forward to the rest of the season.”