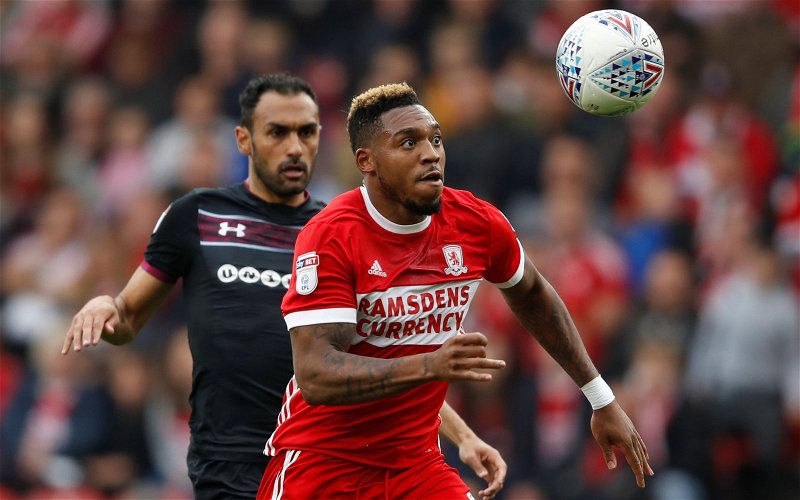 One of the strangest striker links that I’ve seen this week has implied that Aston Villa and head coach Dean Smith have now turned their attentions to Middlesbrough’s Britt Assombalonga. The 27-year-old DR Congo international made a good name for himself at Southend United, Peterborough United, and Nottingham Forest in particular and his form earnt him a £15million move to the Riverside Stadium back in the summer of 2017.

He hasn’t had a bad spell with them as they juggle managers in a desperate attempt to get back to the Premier League and in 84 starts and 30 substitute showings, he’s chipped in with 37 goals.

He has however had his issues with injury and he’s not expected to return to training for another fortnight as things stand. The Northern Echo have stated that they believe we will table an offer for him this week as our claimed interest in Michy Batshuayi and Oliver Giroud is over after Danny Drinkwater arrived for the remainder of the season.

The outlet doesn’t mention a price and they do quote Jonathan Woodgate as saying he continues to be part of his plans, but the biggest problem with this deal is his age and lack of top flight experience – not least their chairman’s presumed hatred of us.

Come on bud… That has to be a joke

We was linked with him in the championship, we need to move on

Please no, not premier league material at all

No, not they aren't.

Would Assombalonga Be Worth A Risk?

At The Right Price

If Villa Pulled Off This Deal It Would Infuriate West Brom