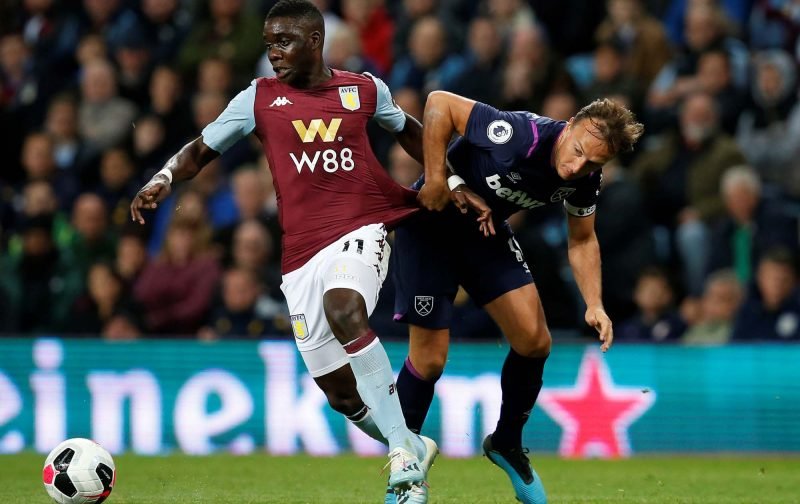 Aston Villa’s lengthy chase for defensive midfielder Marvelous Nakamba over the summer took a few twists and turns with the former Club Brugge player reportedly going on strike as he tried to force through a move, but ultimately we gained the 25-year-old’s signature for a reported £11million and his signing took our summer spending through the £125million mark as head coach Dean Smith looked to rebuild the squad for the Premier League following all the contract expiries we saw over the summer.

The Zimbabwe international made his debut in the EFL Cup clash with Crewe Alexandra as we romped to a 6-1 victory, and against West Ham United on Monday, Smith gave him his top flight debut as we took a point on home soil.

Statistics website Whoscored had our Marvelous midfielder second only to Fred Guilbert in their player ratings and although he offered little in attack, he offered plenty in defence as we restricted them to a single shot at Tom Heaton’s hands.

Reacting to his performance on social media, plenty of Villa fans feel we may have got ourselves a bit of a steal here.

Nakamba has been… Marvellous. I’ll get my coat #avfc

Nakamba has been class #avfc

Both should start at Arsenal. Go 4-2-3-1. Allow Grealish and McGinn to concentrate on getting in and around Wesley. His been isolated and feeding off scraps. Put Hourihane/Lansbury in there with Grealish and McGinn and go narrow. Wide players are struggling

We've got to look at positives. Defence was excellent. Not many will stop this West Ham side scoring. Promising debut from Nakamba. Our attacking players can surely only get better. #avfc