Is Central Midfield An Area We Need To Strengthen, If Indeed This Transfer Link Is To Be Believed? 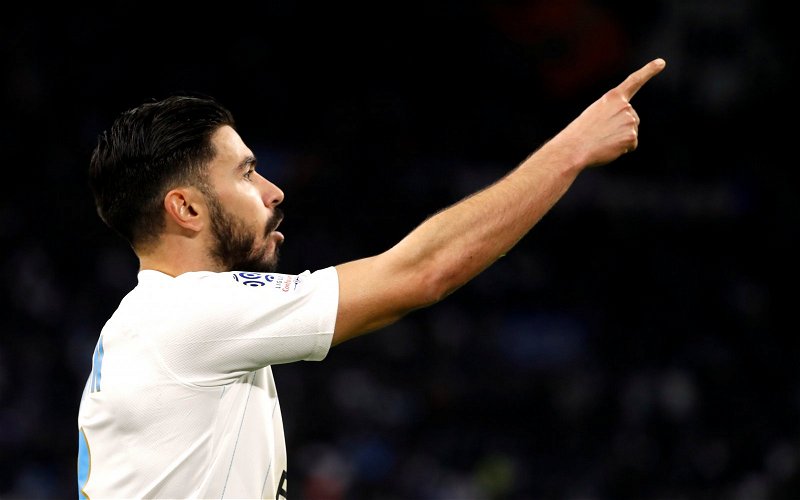 I’m really not a fan, these days, of writing much about the numerous transfer links we get, in-and-out during the transfer windows. I used to do them all, and then list them, and strike them off at the end of any given window (I know, get a life Fear) and 95% usually turned out to be totally wrong. So now I leave that to the tabloids to get their views.

However, I am finding the Morgan Sanson link interesting, mainly because they seem to be getting stronger for the 26-year-old central midfielder.

Dean Smith has rightly, refused to be drawn on the question, but reports are suggesting there is a £15million deal with Marseille is close.

Smith wouldn’t name check another clubs player, and said this transfer window was always going to be quiet, they are planning ahead for the summer, but also does admit there could be a bit of business done, in and out.

“We’re never going to turn our noses up at a good value deal to bring a player in. There’s the possibility of some outs as well.”

I hold my hands up, I don’t know many of the players linked these days, I’m very myopic and generally only watch the league Aston Villa are in. When we were in the Championship, I hardly watched a Premier League game (and didn’t really miss the hype either).

But others in our forum, luckily, are better informed!

Villa4Ever said of the link in our transfer window forum thread:

As much as I don’t like the French League Sanson might offer us something. He looks a similar player to McGinn, perhaps this is our way of moving back to a more solid 4,3,3 knowing you’ve got runners like Sanson and McGinn to make up the ground.

I’m warming to the transfer, hope we don’t overpay though, just seems like a level below Buendia if I’m honest, he’s got a bit of a history with injuries too, I’d still go out and get Buendia even if it means we pay £20m more for a player who has 2 more seasons in him and has a pretty clean injury record and one that’s already adapted to English football and would do a job right away.

I still find it a little odd, we need competition for Targett and we need a more consistent right winger. They (Marseille) have Amavi and Thauvin, two players who are Marseille’s best and both have 6 months left on their contract, yet we’re going in for Sanson who is twice as expensive as both players put together.

I’m thinking this might be photoshopped?! But it is doing the rounds on twitter never-the-less. For me, it isn’t what is on twitter, it is the old rule – in the shirt – on the pitch.

Another exchange on the forum with reference to this link:

CDX_EIRE said: This is one of the worst highlight reels I’ve ever seen

Made me giggle. It’s been a while since I’ve subjected myself to one of those YouTube player highlight videos! The soundtrack is hilarious.

If I force myself to form an opinion of him based on watching 3 minutes of that video, he looks a similar player to McGinn. Drives forward with the ball, not much of his passing on show which suggests it’s not his greatest strength, getting into the box, decent shot.

He’ll provide a bit of competition to Douglas and McGinn if we do sign him, and they need it.

Is central midfield an area we need to strengthen? Strength in depth is important, but then, we have just let Conor Hourihane leave because he wants game time, so does that not suggest we have enough there right now? Open question, I have no idea (steady on, you don’t all have to agree so readily) and unlike the Ross Barkley loan signing, I don’t know the quality of this player, he might be an absolute snip for all I know.

There is this highlight compilation:

In summary – well, in Smith we trust!

Is It True? John McGinn Fun ‘Facts’ – I’ve heard McGinn can win a game of Connect 4 in 3 moves.