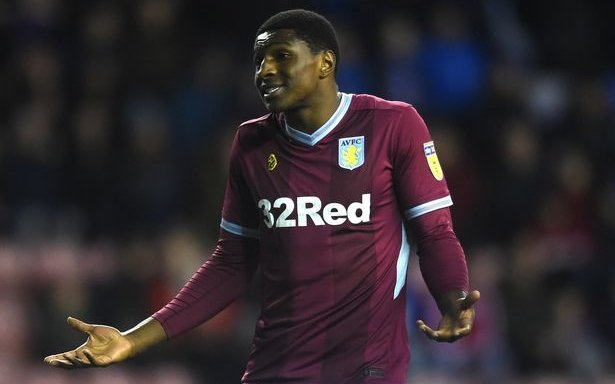 With only two appearances to his name for Nuno Espirito Santo in the season of 2018/19 – the last of those coming back in September – it was always going to take the 23-year-old a bit of time to get up to speed and match fit, even though he did boast over 100 games to his name from earlier in his career.

Having made his debut shortly after arriving in the disappointingly heavy 3-0 defeat to Wigan Athletic, we didn’t see him again until February where I think most would agree (not all mind you) that he’s shown steady signs of improvement in matches against Brentford, West Brom and particularly Stoke City now he’s more settled in.

With no midweek fixture for Villa in the Championship this week, he’s sat down for a lengthy interview with the Official Site he admitted his start to life at the club was pretty awful, but he feels he was now improving as he fills in at left back.

“It wasn’t great at the beginning! Making my debut against Wigan wasn’t the best. I am the first one to say I’m not good enough when I’m not good enough. I also give myself praise when I’m doing well. I understand at Wigan I wasn’t good enough. But I had to just put that behind me and carry on working hard in training. I have such high expectations for myself. So when I don’t perform well, I get low. I get really annoyed and angry. But after that game, I feel I have done well at left back, doing the job for the team. I am enjoying it – and I’m enjoying playing again. For me, it’s about always learning, listening to the coaches and improving.”

Hopefully, onwards and upwards as we all know we need to end the season strongly now after our wobbles the last few months.