It Won’t Be Good Enough For Some Villa Fans But This Man Had The Most Touches, Shots & 95% Pass Accuracy v QPR

Aston Villa starlet Jack Grealish certainly hasn’t been at his best so far in the Championship campaign of 2018/19 and he’s now a regular go-to for criticism from some sections of the fanbase who apparently don’t let reality get in the way of a good opportunity for a whinge.

Against Queens Park Rangers the meltdown from some was entirely predictable, although it must be said, the vast majority are fully behind what head coach Dean Smith is attempting to do with the club and appreciate it’ll take time.

Whilst Jack can certainly show improvement to his game and he does need to add goals and assists on a far more regular basis – namely because he’s more than capable – the QPR game saw a significant improvement in his own statistics according to WhoScored.

It won’t be good enough for some, but he’s obviously responding to what Smith wants so long may it continue. 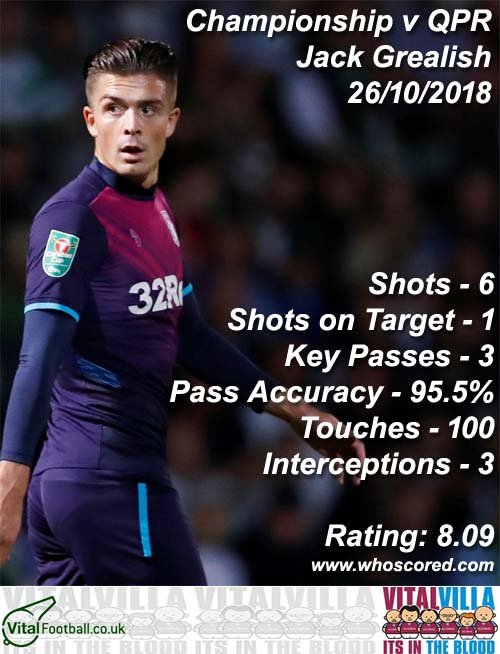 Small steps and all that…