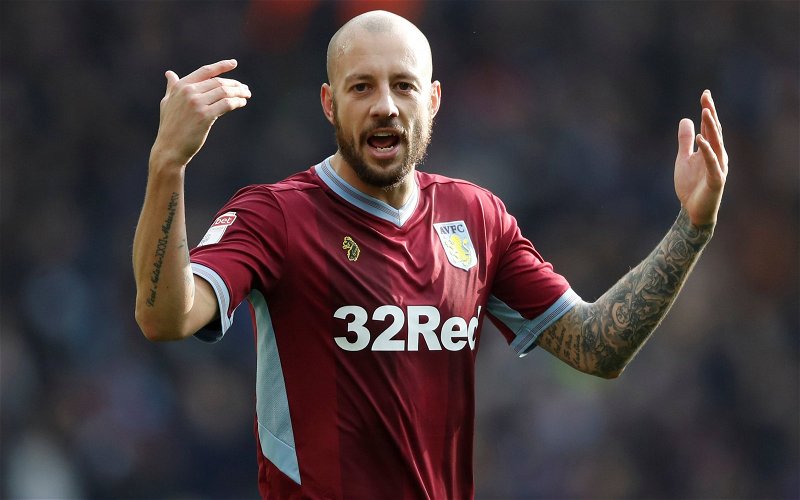 With the ongoing speculation linking Aston Villa with having a strong interest in Brentford striker Ollie Watkins, whilst the media are eeking out every contradictory angle they can to freshen up the rumour mill and regularly changing the supposed price we’ll pay, former player Alan Hutton seems to think it’s only a matter of time before we parade him in the Claret & Blue and he feels we should pay whatever is needed to achieve that.

Speaking to Football Insider this week, the former Scottish international explained that he felt that with what Watkins would bring to the table for us, £18million would be a ‘snip’ of a fee to pay, but equally, he wouldn’t bat an eyelid if we went up to the other fee doing the rounds, which is £25million.

“It’s like anything, Brentford aim high and Villa aim low and that’s just how it works – if they did have to go to the £25million, no problem, just get it done. I think they would have watched him enough to know that he’s worth that. He’s very young as well so there’s room for him to improve and then possibly sell on if need be. I think if they could get him for £18million it would be a snip, it’d be a steal so I don’t see it being a problem if they have to go up to the £25million mark because I definitely think he’s worth it.”

Would You Take Watkins For £25m?

Yes Get It Done

Everyone knows 24-year-old Watkins had his standout season in the Championship in 2019/20, hitting 26 goals across their losing Play-Off Final run in the league, but he’s always known where the net is. 189 starts and 32 substitute appearances have returned 85 goals, so he would undoubtedly be an asset to us and he ticks all the boxes we’ve been talking about in a changed transfer approach.

The only tick he doesn’t have is PL experience, so if we do have a genuine interest, the only question that remains is do we believe he can make the step up?

I think yes, for what that’s worth.