Jack Who, Welcome To – Villa Have A New Chief As Star Inspires Second Half Riot On Everton Goal – Match Stats

With a mixed start to the 2021/22 Premier League campaign for Aston Villa, added to international nonsense and the unfortunate preparation we had for the hugely disappointing Chelsea clash, Villa fans want a result against Everton today and are definitely looking for a repeat performance – but without the individual errors and the poor finishing we saw in the last one.

Head coach Dean Smith made the expected changes with Emi Martinez back in the starting XI and Emi Buendia taking a slot on the bench – otherwise it was how we faced Chelsea with a fluid 352.

It was a mixed start and it didn’t click up front, and Everton almost stole a march on us before we’d even really woken up, but Tyrone Mings had a great chance to open the scoring as he connected with a corner, but you have to credit their keeper as it was a wonderful stop.

The game turned on that save and we better controlled things and looked far better, yet still with no real idea of how to open them up as they sat back and were happy with us trying very hopeful balls down the wings and channels.

25 minutes in it was open, end to end, scrappy and quite a dull affair really. One of those we’d nick if we could shoot but just as easily lose in a moment of madness.

The only real highlight after that was John McGinn going off and the introduction of Marvelous Nakamba owing to a speculated concussion after the clattering he’d taken previously.

If Chelsea was proof 352 was an option, this was proof the players can’t play it. Defensively pretty sound, offensively inept, woeful and even the few moments we did have, we let ourselves down with no composure or understanding.

Please let that be our bad half as short of Everton scoring, that couldn’t have been much worse.

Second half, more of the same. We edged it, no real invention, hardly in danger but no final ball and poor decision making.

With 25 odd remaining in the game, we saw Bailey introduced for Targett, we tweaked the formation and five minutes later – almost from nowhere – a great bit of play saw Matty Cash through on goal and 1-0 it was. Two minutes after that it was 2-0 as Leon Bailey sent in a corner and although it looked to me nobody touched it, Digne was credited with an own goal for a flick I missed.

Jacob Ramsey really should’ve made it 3-0 about a minute later as well but who cares!

We hadn’t finished yet though, a glorious ball set Bailey on his way and at 75 minutes it was 3-0, game over, Villans wondering what the hell had happened probably more than the Everton fans.

But this is Villa, with ten left on the clock Bailey hit the wing again and promptly pulled up with either a thigh strain or just a good bit of tightness he couldn’t shake. It quickly went from Jack Who to **** No.

The game understandably peters out here, momentum gone with the injury and frustration, so neither side with much to play for at 3-0.

We’d have certainly taken that after the first half and Bailey is so promising it’s unbelievable – it might not have been what we wanted pre-game, but we’ll take it at full time.

Everton MotM (Is It Even A Question?) 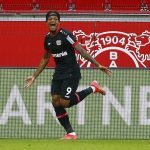