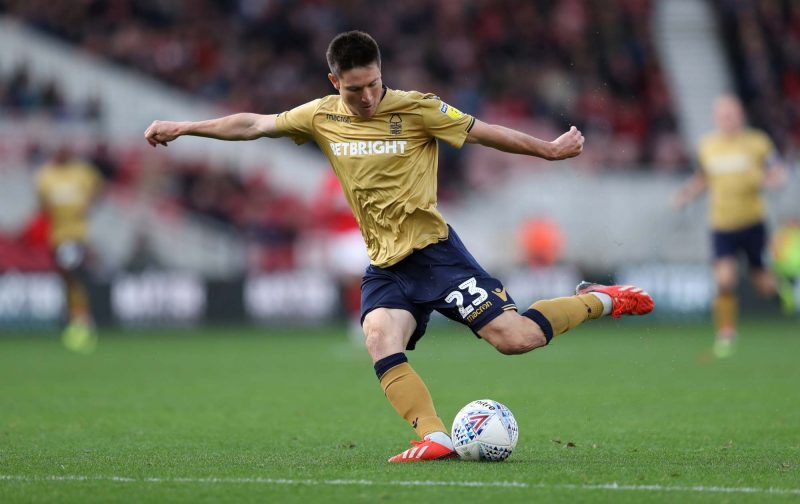 With the arrival of new head coach Dean Smith at the club, the January transfer window rumour mill had numerous reports suggesting we were interested in bringing known Aston Villa fan Joe Lolley home but we couldn’t quite strike a deal with Nottingham Forest – if we assume the interest was true.

With our promotion back to the Premier League now following the Championship Play-Off Final victory over Derby County, the speculation has obviously kicked into a higher gear and for obvious reasons, Lolley continues to be heavily linked with us – but now as an addition to the squad given our released list, as opposed to a potential replacement for Jack Grealish.

The 26-year-old came through the non-league route before making his name at Huddersfield Town, but his spell at Forest has been a definite success as his tally reads 57 starts (ten substitute showings) and a return of 15 goals.

51 of those appearances came in the campaign of 2018/19 and across all competitions he scored 12 times, with 11 assists and his versatility is key, capable of operating through the middle or on either flank and for me, this is very much a Smith type of signing if the price is right.

According to journalist Alan Nixon, the magic fee for Forest to deal is £15million.

Small bit about Lolley and Villa. 15m is what Forest want. https://t.co/qHFHpC0ZA5

Having gained promotion we won’t necessarily bat our eyelids at that if Smith and Suso have identified him as a man to help move us forward and he does have some Premier League experience.

Forest might not like it, but given the millions Martin O’Neill wasted during his time at B6 as he seemed to want to build a first team squad capable of playing five matches on a Saturday – yet never actually picking them to play for his squad – the closer to £10million the better for me.

More than enough profit there for them to sign Habib Beye.