Key Aston Villa player is ‘some way off’ returning, could miss Ipswich and Reading games 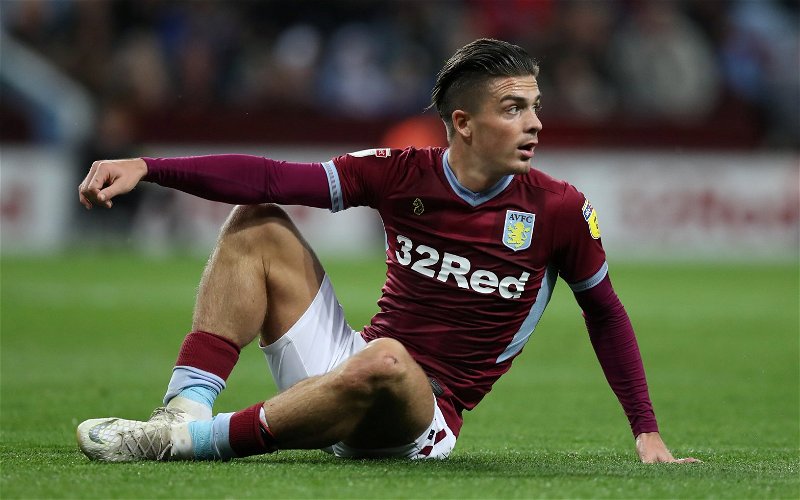 Aston Villa have revealed that Jack Grealish is ‘some way off’ returning. The midfielder has been out of action since December 7 with a shin injury and isn’t likely to return until well into February. Dean Smith recently revealed Grealish will start light training next week, but he won’t be rushed back due to the nature of his injury.

In addition to missing this afternoon’s meeting with Ipswich Town, the 23-year-old could also be absent for Villa’s trip to Reading on February 2. If Grealish can avoid any problems while running next week, there’s no reason why he can’t put himself in contention of featuring against Sheffield United on February 8 – which is 13 days from now.

His teammates will hope to cope in his continued absence, but Villa’s form has gone to pieces since Grealish picked up the shin injury. They’ve managed only one win from the seven league games he’s been sidelined for and it threatens to end their hopes of attaining a playoff place. Smith’s men are currently 13th in the table and seven points off a top-six spot ahead of their meeting with Town.