Aston Villa were far from at their best on Sunday as we hosted Birmingham City at Villa Park for head coach Dean Smith’s first derby encounter since arriving at the club.

By the fulltime whistle, goals from Jonathan Kodjia, Jack Grealish, Tammy Abraham and Alan Hutton had given us the three points and the bragging rights from the tie as we secured a 4-2 victory.

Smith pulled few punches about the performance but despite us being capable of far more, the margin of victory should tell its own story and on a statistics front website Whoscored didn’t give one of the visiting players a scoring of 8+ but Villa had three men with that rating. 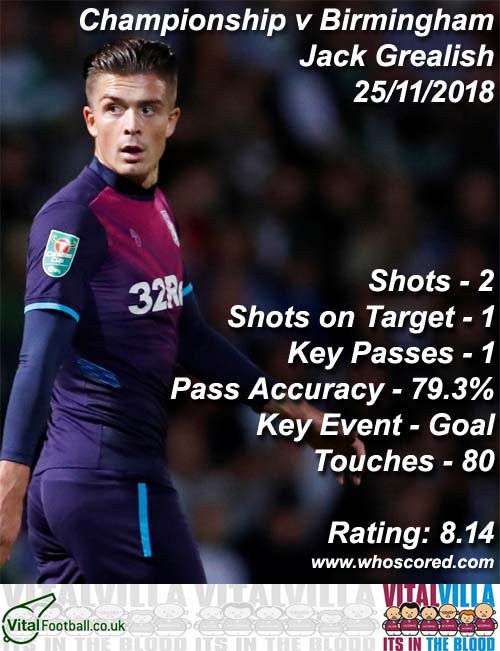 Jack stole the show but was very closely followed by on-loan Chelsea man Abraham who picked up 8.10. The Scottish Cafu’s efforts saw him picked up 8.08 and our top five on the day were completed by Kodjia (7.36) and on-loan Manchester United man Axel Tuanzebe (6.95).

Three wins on the spin for Smith and on we roll.