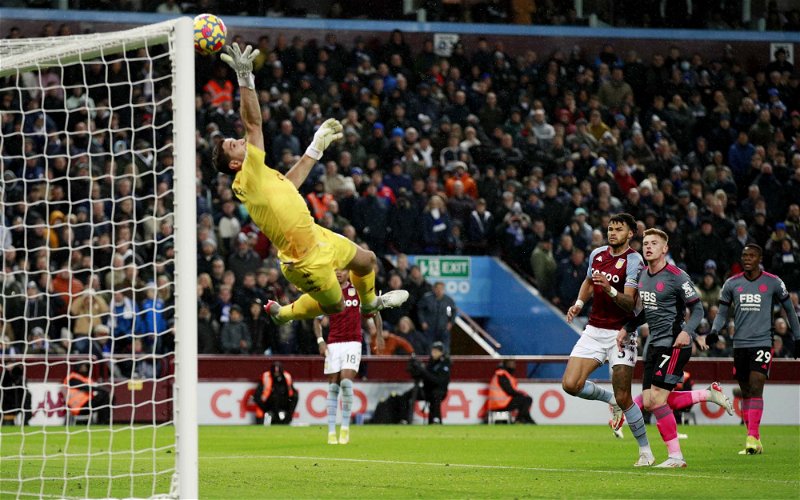 It didn’t take long for goalkeeper Emi Martinez to work his way into the hearts of Aston Villa fans.

Having made a reported £17million switch from Arsenal in September 2020, the 29-year-old now Argentine Number 1 and Copa America winner narrowly missed out on setting a new Premier League clean sheet record for us in 2020/21, and although he’s had a few hiccups this season as Villa as a whole struggled, in more recent weeks he has been back to his best between the sticks.

With some glorious saves already notched up on his Villa highlight reel as Emi looks to hit his 50th appearance milestone when we face Liverpool in our next game, one save in particular from last weekend’s 2-1 victory over Leicester City sums up exactly the kind of quality goalkeeper we now have on our hands.

If Ramsdale does this then he’s getting knighted by the Queen. pic.twitter.com/tXypob20hs

Given the stops he’s pulled off already, this doesn’t come as a surprise to any Villa fan but I could watch that clip all day long.