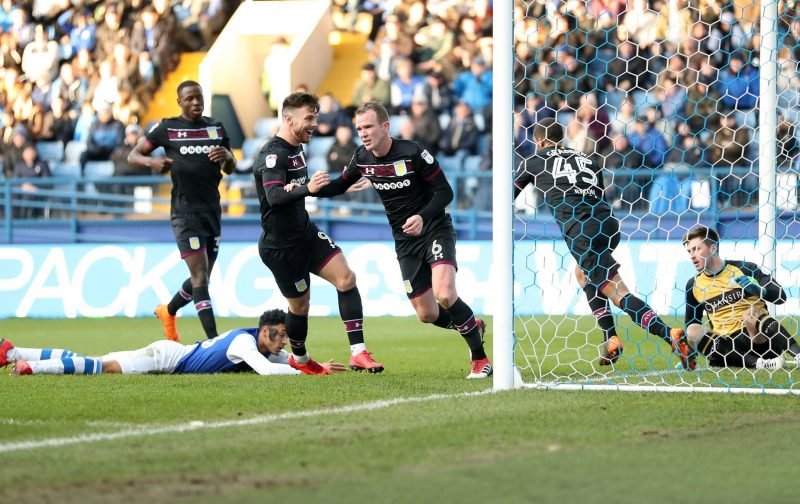 Plenty of Aston Villa fans were shocked by the marked improvement of midfielder Glenn Whelan once he was under the charge of head coach Dean Smith, and the 35-year-old played a massive part in helping us to Championship Play-Off promotion success as we return to the Premier League next season.

26 starting appearances across the 2018/19 campaign, along with 12 showings off the substitutes bench and he even chipped in with a goal as well as three assists whilst doing the dirty work.

He left, surprisingly for some, a hero and plenty felt there should’ve been one more short term contract for his experience in our first year back.

The E&S were one of many the other day to cover how Whelan discovered the news that he wouldn’t be offered a new contract and most outlet’s took the obvious angle and played on his ‘one disappointment’.

“There was only one disappointment for me. I went away on the Tuesday with the family and when I landed back in here I had two missed calls, one from a journalist saying I’d been released and one from the manager to give him a call. From that point of view it was disappointing, but something I expected to be honest.”

Despite the angling that this was somehow Aston Villa’s failure, the key point in that sentence is ‘one from the manager to give him a call’.

If Whelan wasn’t in the country Dean Smith did the perfectly correct thing, leave a message asking for a call back and then have the conversation personally. It’s neither Whelan’s fault nor Villa’s if a journalist got in the way of that happening, but few took the time to point that out.

Seems Whelan himself got that perfectly though when he did get to speak to Smith.

“We just congratulated each other, wished each other all the best and that was it. There were no hard feelings – I’ve been in the game too long to hold grudges. No listen, I want to wish Aston Villa all the best, thank them for my time there, thank the fans, everyone that was involved. We had some good times. It was a great day, a great occasion. I signed two years at Aston Villa to get them back in the Premier League and I got them there, so for me, mission complete. To be released wasn’t a surprise, obviously what stage I’m at in my career and where Aston Villa want to go. I’m very pleased with what I’ve achieved over the last few seasons.”

So he should be, as said he leaves a hero and there was also a fantastic crack from him in relation to Real Madrid, so no fan should be under any incorrect impression here given the headlines on show.