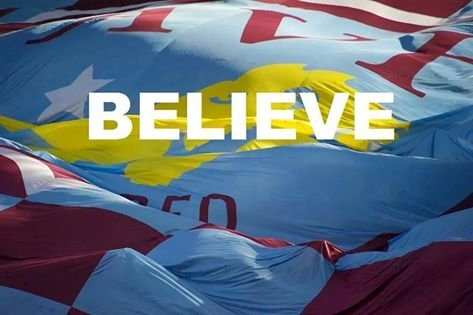 With so much concern, doom and gloom surrounding Aston Villa at the moment with ongoing ‘cash flow’ issues let alone overarching Financial Fair Play problems, it’s almost inevitable we are going to lose players this summer.

The likes of John Terry and Gabby Agbonlahor have already departed, our loanees have returned to their parent clubs and as things stand, we can probably add Alan Hutton to that list with his contract talks reportedly now stalled and postponed despite Steve Bruce’s promise of a deal regardless of which division we were in.

Add to that any potential sales we need to make based purely on a financial footing, the likes of James Chester and Jack Grealish, then we are inevitably into the free agent market this summer with money tight but that does mean a greater reliance on youth offers itself up as a more cash safe route, given the signing on fees and bonuses free agents would be looking for.

Bruce has a mixed report from fans when it comes to our next generation. He’s rarely picked them by choice and on merit – maybe Bruce gets more leeway on that accusation given revelations this last week – but it’s long been a bugbear for many fans that we didn’t see more of our own bloodied this year, instead choosing to help Tottenham Hotspur and Manchester United’s loanees develop and make mistakes instead.

The flipside, of course, is when needed Bruce has had no problems throwing certain players in.

Andre Green was a regular at the beginning of last season, playing six times – scoring once against Norwich City – before he succumbed to injury. He made one appearance after that in January but suffered a recurrence.

Keinan Davis also started the season incredibly brightly with 21 appearances in the first half of the campaign. Nine appearances followed in the second half of the season (three goals in total) but he was very much a go-to when others were out of contention, and Bruce himself has acknowledged he contributed hugely during a difficult point of the year and did himself and us proud.

So Bruce wasn’t anti-youth, but neither could you say he was pro-youth as a choice as whilst some of those numbers don’t sound bad given relative ages, most were substitute or Cup appearances. Only Green and Davis truly benefited but that was on the back of no other option really.

Moving forward these players take on greater importance and we have to hope comparable game time in 2017/18 – arguably a lack of forethought as we went **** or bust for promotion – doesn’t overly hurt their ability to step up and now be relied upon.

They aren’t the only names to consider either if we go for a more youthful approach.

Jed Steer and Matija Sarkic could become regulars in the matchday squad. Defensively there’s Kevin Toner, Mitchell Clark, Oscar Borg and Jordan Bedeau to consider. We can possibly add Jordan Cox and Khalid Abdo to midfield options, with Corey Blackett-Taylor the stand out as an option up top.

We also welcome back Gary Gardner from a decent 30 game spell at Barnsley and we shouldn’t forget Easah Suliman, Aaron Tshibola or Harry McKirdy either as other options and maybe one or two others will put themselves forward in pre-season training this summer.

I’m not going to pretend it’ll be ideal to go this route, it would certainly throw promotion hopes into doubt (if they remain for anyone given the news this week) and carry risks of its own as you can never state with any surety which youngsters will step up and which ones won’t.

But sales and a reduced wage bill wouldn’t just help cash flow issues, it would have its own knock-on effect for FFP purposes in the 3-year assessment and allow us a chance to more easily offset 12 months of loss and heavy spending in that calculation to buy greater wriggle room.

Is the risk, the perceived downgrading amongst some of the fanbase given natural expectations a viable option? As I sit here typing and thinking about it, I’m not sure we have another option.

We could end up with a new owner but they are still hamstrung with FFP so that’s not a fix-all solution. We could go free agent route and overpay on people looking for a final payday and end up back at square one in 12 months time. We could go the ‘call in favours’ route and loan in more than the maximum allowed so we have some room for rotation. In 12 months time, we will still lack a foundation and core of our own, we’ll have again helped other clubs at the expense of ourselves and our own and talking of expense, we might get ‘favours’ on the type of players we get priority for, but I’m not sure anybody will subsidise fees unless we get into the realms of ‘guaranteed to play’ where our own crop lose out, as do we, as that kind of arrangement only takes into account ‘fitness’ and not form.

Surely we’ve had enough of certain favourites over the last few years playing irrespective of form and merit – why would we want to start now with other teams players?

There are few positives with either of the above and they’re not without their own risks. So, gamble.

Take a risk on our own, take a risk of finding 4-5 youngsters that can truly be our core for the next decade that we can build on, and build around and sensibly add quality and experience and leadership to help them develop.

Think of ourselves first possibly and ignore the ‘success now at any cost brigade’ because I’m not sure when that actually worked for us – and no, I don’t count blowing 4th place and prior to that 1st place, and then ripping everything up to start again, a success.

Rather than talk about 5-year, 10-year plans…actually follow one for a change.

Maybe that kind of outlook and trimming down the squad down will carry its own benefits in helping us keep the likes of Jack Grealish and James Chester moving forward as we’d have trimmed the remaining fat to plug the holes.