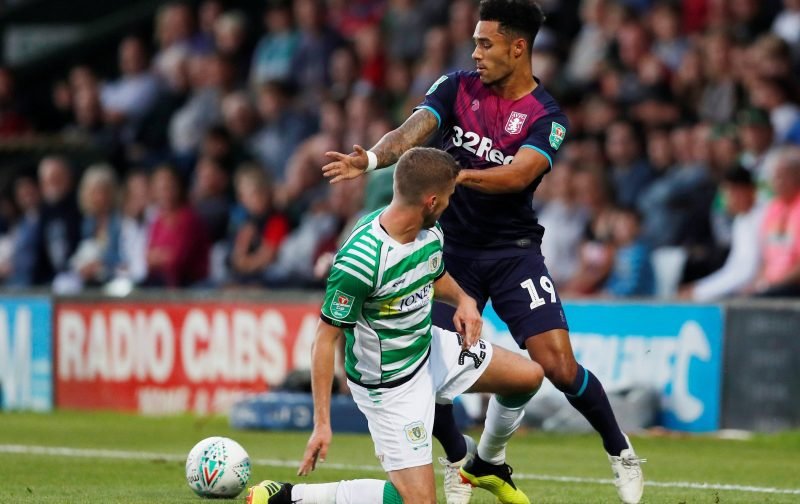 Made it hard for ourselves tonight, we know that… got the result in the end but a lot to improve on???? Thank you to everyone that travelled ❤️ #AVFC pic.twitter.com/CeJJPrhA7o

Heading down to Huish Park for the First Round of the EFL Cup in 2018/19, Villa certainly didn’t have things go their own way as the hosts had a goal disallowed and we needed Andre Moreira to pull of a penalty save in the game. With Jonathan Kodjia feeding Conor Hourihane in the second half we finally got our noses in front and managed to keep it there until the fulltime whistle to take a narrow 1-0 win.

With everyone knowing it was a largely poor performance, despite the nine changes made from Wigan Athletic, Green admitted we had made things harder for ourselves than they needed to be and the players themselves new there was a hell of a lot of improvement needed.

You need to show more self-confidence, too tentative in my view. Against a league two team, you should have been going at their full back over and over again. Too often you took the simple passive option. Be bold, nobody will ever be upset with you for that. Good luck next game.

You were brilliant mate!! You need to start on Saturday without a doubt! Keep it up ????

Well played tonight @AndreGreen_ solid and good to see @AVFCOfficial through to the next round. Keep it going #AVFC ????⚽????

How about just one of those things that happens when you play lower teams at their ground…..happens to bigger n better club than the villa…..let me think, Hereford ….

Nine changes, wasn’t gonna be easy but the changes were worthwhile, they have to happen if we are gonna see who can step up. Tricky fixture, win. ????????

Touch looked a bit Loose first half but second half you looked a proper threat. Keep it going Andre ????

As the above comments imply, the reaction was mixed to Green’s own performance on the day, let alone our overall one, but Villa aren’t the first to almost become a banana skin at this stage of the tournament, a number of other results on the night show it was a competitive first round again and we got through, that is all that matters for me.