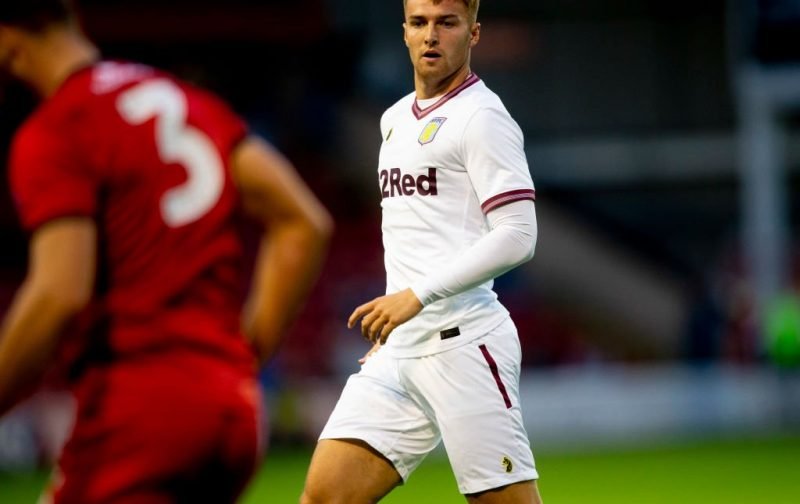 James Bree’s time at Aston Villa so far can easily be described as mixed. Although he does have 21 starting appearances to his name, he has featured sparsely for us following his arrival from Barnsley, but he did largely impress during a loan spell out with Ipswich Town in the second half of the 2018/19 campaign.

With the Premier League campaign now upon us, we sent him out for a season with newly promoted Championship side Luton Town and given their style of play, it could be perfect for the 21-year-old as he looks to impress himself on head coach Dean Smith’s future plans.

Having featured as a substitute in their second tier opener against Cardiff City, Bree got a full run out from the start in their EFL Cup clash with Ipswich on Tuesday evening, and he did well as they secured a place in the next round with a 3-1 victory on the night.

Manager Graeme Jones selected a three man backline for the game, and Bree took up the spot on the right side, and he certainly seemed to impress the Kenilworth Road faithful.

More of that and he might return a different player.

Good result, some good performances too, particularly Bree, Brown and Bolton. Bree was excellent. Cornick ran his socks off all night. We looked a bit vulnerable at times though but good game time for some of the players

@Jamesbree_97 u was quality tonight a great signing we have got with u and unlucky not to score near the end with ur header. Very composed on the ball and love a tackle. Done well getting forward and tracking back hope ur there Saturday COYH ????⚽️????

Not sure who picks MoM but how @Jamesbree_97 wasn’t MoM is beyond me that was as good a home debut as I have seen in ages superb thought @izzyjaybrown was superb too !

Absolutely, should replace Lee in the No10 role. Also think Bree deserves a chance and replace Cranie at RB. A number of players showed they could step up last night, Cornick was a handful, Jones was Strong in defence, Bolton was solid, and Berry played the DM role well

Went into it worried about our depth in defensive cover for the season – left feeling great – thought Bree was magnificent – pleased he's versatile enough to be a CB too. Like you was blown away by Izzy Brown – he could play a massive role for us this season – Bolton did well too