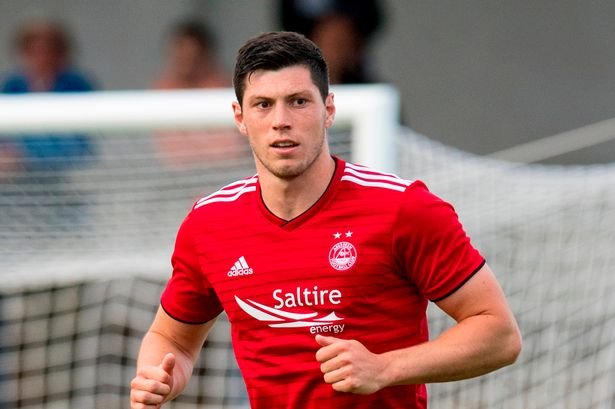 Aston Villa may have finally stumbled upon a centre-back to sign in January – Scott McKenna. The Aberdeen defender has been linked with a move to the Midlands outfit and Wolverhampton Wanderers, and his manager Derek McInnes has given hope to prospect of a January transfer.

McInnes told the Press and Journal: “I’m hoping we can keep Scott for as long as possible but I am realistic enough to know that somebody of Scott’s ability is always going to be on the radar. Just about every club in the English Championship and the Premier League have been regular visitors to our games over the last while.”

Villa have an injury crisis in defence. Dean Smith is facing the prospect of going into Sunday’s meeting with Birmingham City with only one fit and available centre-back – James Chester is currently injured. Tommy Elphick was loaned out to Hull City earlier in the season and Micah Richards hasn’t featured for the club in two years.

James Collins has been training with the club but isn’t any closer to signing a permanent deal, meaning Villa have a conundrum at the back. McKenna could be a defensive option in January, but he won’t solve their immediate problem. Square pegs in round holes is the only avenue Smith can entertain for the short-term.

As for McKenna, the 22-year-old has made 49 appearances in all competitions for Aberdeen and has been a regular this season when fit and available. Villa will have competition for his signature but stand a better chance at signing McKenna than they would with Gary Cahill from Chelsea.