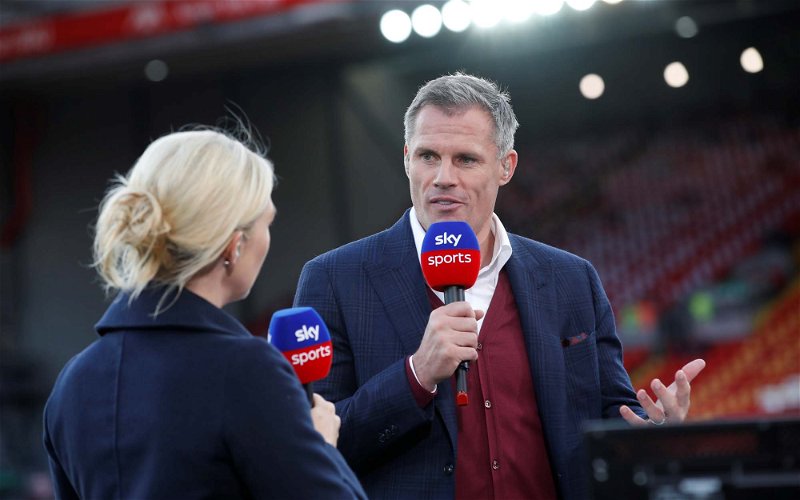 It may have been a slower start to the 2019/20 Premier League campaign than Aston Villa would’ve liked, but Jack Grealish soon found the right gear and more than proved that he was capable of having an impact in the top flight.

With football paused at the moment, his return to the Premier League may not have been perfect but with seven goals and six league assists to his name so far, his importance to head coach Dean Smith is obvious to all – even if he has spent time wider than we’ve have liked and not working properly through the middle.

In any event, Sky Sports regular Jamie Carragher has attempted to fill some of the current void by proposing his ‘Team of the Year’ despite having nine/ten games still to play in the campaign and although his squad is predictably dominated by Liverpool players, 24-year-old Jack has been given a spot, with Carragher believing he’s more than answered his pre-season doubters.

“It is rare for a player at a club in the bottom three to make the team of the year, but I have enjoyed watching Grealish as much as anyone this season. When Aston Villa were promoted there were questions asked as to whether Grealish is the real deal. He has answered positively. No player has been fouled more in the Premier League, which tells you rival managers are targeting him. He has still managed to shine with goals and assists. I will be staggered if he does not get a chance for England soon. Such talent must be given an opportunity on the international stage. It excites me to think what Grealish will be like with more class players around him.”

Recognition like this is well deserved for our Academy graduate, but it will naturally only increase the departure talk with some still trying to sell him from underneath us.